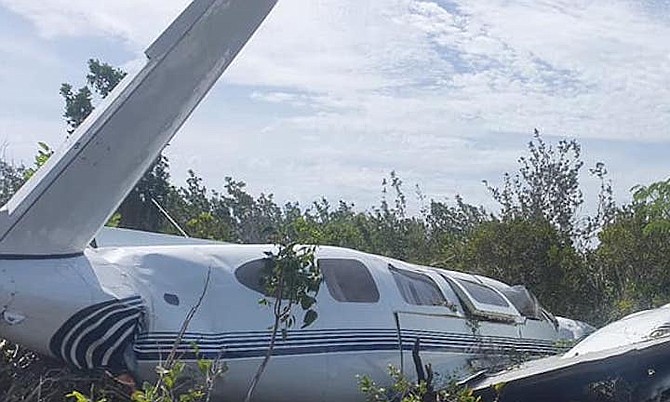 Crash fatality was thrown from plane

A NEW report has recalled the final harrowing moments before a small plane crashed at Long Island, ejecting and ultimately killing a mother-of-one who was sitting at the rear of the aircraft.

‘We want to give answers on Long Island crash soon’

TOURISM, Investments and Aviation Minister Chester Cooper says officials are hoping to expedite the investigation report into the Long Island plane crash so that they can provide survivors with answers as soon as possible.

FAMILY members of the surviving victims of the Long Island plane crash said the accident has left them shaken and traumatised.

UPDATE: Appeal to those on crashed plane to contact AAIA

MONDAY UPDATE: On Monday, Delvin Major of the Aircraft Accident Investigation Authority (AAIA) appealed to those who were on the aircraft that crashed in Long Island on Sunday to reach out to the AAIA.