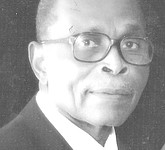 POLICE in Grand Bahama are investigating the fatal stabbing of a 43-year-old man in the Man-O-War Circle area of Freeport on Tuesday night. 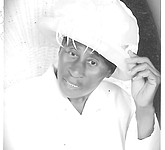 CRAIG ‘Salty’ Kemp, already on the job preparing for his next tenure in office, was returned as president of the Bahamas Baseball Federation for the fourth consecutive time, beating out challenger Clarence McKenzie 5-4 in a closely contested voting procedure on Saturday.

FAMILY and friends of a Royal Bahamas Defence Force marine charged with murdering his superior at Government House yesterday prayed for justice after his case was delayed by another month. Able Seaman Jevon Seymour was due to receive a voluntary bill

Most recently there has been a vast increase in Suicide and Domestic Violence incidents, whereas due to these critical and common issues, the Bahamian family structure as we know it is gradually deteriorating. Additionally the correlation between the two matters over the years clearly indicates a cry for help by the victims of these social ills.

RETIRED NBA star Shaquille O’Neal stopped by a local bicycle store while on vacation to pick out a bike to cycle around town.Workers at Cycles Unlimited on Mackey Street were in for a pleasant surprise when the basketball legend came in this week to 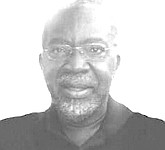 Rodney O. Rolle age 68 years of Rolle Town, Exuma, died on May 5, 2019 at his residence . He is survived by his Children: Delwood Hall, Eurika and Rochelle Rolle; Brothers: Dudley and Witfred Rolle; A host of other ... 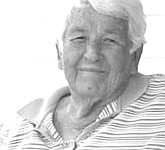 Funeral service for the late Lola Iona Sawyer age 85 years of Man O War Cay, Abaco will be held on Saturday, January 11th, 2020 at 11:00 am at Man-O-War Church of God, Abaco, Bahamas. Officiating will be Darrell Pinder, ...

Oceania Heights’ principals were yesterday challenged to produce one owner who was happy with the development, an attorney telling Tribune Business: “The way the project was structured and sold should not be allowed in the Bahamas.”

Prime Minister Dr Hubert Minnis has announced a national lockdown for the entire Bahamas in the ongoing fight against COVID-19.

The Black Out result

LIVING up to the brand’s reputation, K O Productions most definitely painted the town black on Saturday night as they hosted their 10th Annual BlackOut celebration.

POPULAR radio personality Santonio “Big O” Smith, 35, was remembered yesterday by his mother Carolyn Gray as a humble man who will be dearly missed. Smith, a disc jockey at 100 JAMZ, died last Thursday after having a heart attack. His sudden death ha

Alivia O. Forbes has passed the Series 6 exam in the US after studying with the Nassau-based Securities Training Institute (STI). She achieving 100 per cent on the STI’s final exam.

'All I have left is a photo of my grandson'

THE only thing Patricia Darville took with her when she was rescued from decimated Man-o-War Cay on Wednesday afternoon was a photo of her one-year-old grandson. The 74-year-old pridefully shared the photo as she recounted how she, infant Logan Thom