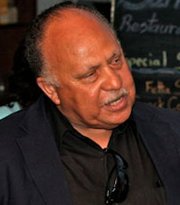 Some findings from this report were first published in The Tribune on March 30, 2012.

USING a clinical epidemiological approach, the root causes of crime were examined over a five year period (2007-2012) by analyzing data from diverse focus groups in the Bahamian community. This was the same approach used to report on the cocaine epidemic in the Bahamas published in The Lancet in 1986. For this study on crime, the focus groups included:

The Bahamas was the first country outside South America to experience a national crack cocaine epidemic. The chronic violent drug syndrome is the continuing devastating blow delivered to our country by the 1980's cocaine epidemic. Similar syndromes exist in Mexico, Colombia, Jamaica, and U.S. cities such as Miami, Washington, D.C., New York, Los Angeles and Chicago. The syndrome consists of six major components:

Life is wounded. Instead of doing our grief work, we give over to destructive anger and shame, leading to resentment, bitterness, hardness of heart, and finally rage. At the rage point we enter the "Blind Spot." My work shows we become possessed by evil or negative energy. Young men and women who have committed murder or extreme violence describe being taken over by a negative force. "Do not let the sun set on your anger, in order not to give the devil a foot hold" - Eph. 4:26.

As one man told me, "All of a sudden I could not stop stabbing him, looking back I felt something was controlling me."

Men get self-esteem from their employment. Men without work become angry at their wife or girl friend and the children suffer. Some persons respond by a wish to die (suicide). Although there is no direct causal connection between poverty and crime, there is a clear connection between the loss of money or status and increased rage or suicidal ideation, e.g. a girl friend said that after losing his job, her boy friend kept a hang-man's noose in the bedroom. And told her he could no longer afford to give her what she wanted. So when the time is right he would hang himself.

Young girls make themselves available to older men in a form of prostitution which is becoming increasingly common. This is seen as an acceptable way to pay for education or family bills, e.g. cable, electricity and water.

Nearly all troubled children seen had some type of abuse, especially physical and sexual abuse. Dorothy Lewis at Yale studying 14 teenager murderers found that 13 had experienced severe abuse such as physical beating, incest, and forced sodomy. Studies show that child abuse can be greatly reduced by neighbourhood walk arounds. If every church adopted the community around their church, and did weekly walk abouts they would observe child abuse, neglect and other crimes in the making. This is a powerful crime prevention process. Using this methodology, since there is a church on every corner, we could revolutionize the Bahamas in three years.

Murder or violence not only affects the victim. Each victim has a sociophile of about 100 people (including family, friends, church, and neighbours) who in turn are traumatized by the victim's trauma. Symptoms of trauma include

A young boy whose friend was killed in a mall parking lot said, "He was killed because he was alone. He should have been with his boys."

Persons interviewed claimed that the root cause of crimes are (1) Lack of family rearing and cohesion (2) Inadequacy of the Judicial system (3) Poor education making crime a viable alternate for kids who can't get a job or refuse work (4) Violent Chronic Drug Syndrome with its increasingly bold executions - as seen in Nassau, Mexico, Jamaica. (5) Unemployment and (6) child abuse. Other main concerns that still confront us are domestic violence and an increasingly callous indifferent public that has gradually moved into the danger zone of learned helplessness. Sadly the people, including the church, are beaten down and are close to giving up feel hopeless. Parents are advising their kids not to return home and encourage them to seek careers in the USA or Canada.

The psychodynamics of Violence and Murder

All violence begins with hurt involving, either, abandonment, rejection or humiliation. This produces a powerful shame response involving loss of face, low self esteem, being dissed (disrespected), cheated, made fun of or betrayed, etc. Shame is self hatred aimed at me, i.e. the person internalized the hurt against himself and now becomes destructive to himself and others.

The Shame response results in Narcissistic Rage (murderous anger) which leads to self violence (abuse, or suicide) or threatening behaviour or homicide.

The degree of the violence or murder is directly proportional to the intensity of the shame and not the hurt. The intensity of the shame response depends on (a) The relationship of the person doing the shaming (b) The witness of the shame process (c) The surprise element of the shame (d) If a person is shamed in a area they feel insecure about, e.g. body defect, or insecurity with girlfriend (e) Alcohol or drugs (f) brain dysrythmias e.g. seizures (h) Previous shame experiences.

Violent crime can only be prevented by decreasing the shame response through loving, caring and understanding, e.g. gestures, education, child protection and support, involvement with work within the community, caring for the indigent and unemployed and making opportunities for growth. i.e. developing a cohesive and symphonic community.

In essence the high violent crime epidemic of the Bahamas is because we have evolved into an uncaring disconnected Nation.

This committee should not be an adhocracy that does another report and disbands. But should be Government operated and part of the bureaucracy approved on for a 3-5 year basis to oversee the implementation of anti-crime initiatives and tackles the root causes of crime. They should be visible in the community and work in conjunction with the police. It is ridiculous to put the full burden of crime on the already over worked police force. They cannot be responsible for the root causes of crime.

Sir Robert Peele said, "The police is the public and the public is the police." We have an excellent police force, but they can only be as effective as the public is supportive. The process of reducing crime in a population requires an effective social contract between government and non-government agencies. Such a social contract can be created by the government establishing an entity called "The National Crime Forum" made up of a microcosm of society dealing with the root causes of crime, including persons representing government (e.g. Health, Social Welfare and Law Enforcement, the Church, Business (e.g. Chamber of Commerce), The Media, Charity Groups (e.g. Rotary, Red Cross), Special Interest Groups (e.g. Families Against Murder, The Crisis Centre, Children's Rights Group, The Professional and Security Officers Association ,etc) and ordinary members of society (e.g. a victims of violent crime). The crime committee sanctioned by government with a focused, no nonsense leader will provide a united front for citizens to work hand in hand with the police and the public to confront the monster of violent crime. This will go a long way to negate the feelings of societal hopelessness, apathy and pessimism associated with community fragmentation and fear in this present crisis.

Function of the National Crime Forum:

Reformation of the Legal System

The Legal System needs to be reformed so that justice is accomplished in a timely fashion. The Government has provided legislation to enhance this. It will take time for this.

We have an excellent police force who works tirelessly to solve our crime problem. But our police need even more help. In our research all of the respondents said the increased presence of more police on the street and in neglected areas is the best deterrent to crime. They said Bahamians still have a fear of police and dogs. Combining both is a strong signal that business is not as usual.

Implement and strengthen the Witness Protection Act: (Bahamians are becoming afraid to give testimony to violent crimes).

Enforce the law of capital punishment, especially if a person has killed more than once.

Implement CCTV throughout Nassau, especially in crime ridden areas. Much is being done and the results are amazing. The reduction of drugs on CCTV is an excellent development. The technology improves daily and will prove even more effective in the future. The Government has moved to put this in place.

Parenting is a job which demands skills which can be taught and learned. Similarly, behaviour is learned, and as a result can be unlearned. The creation of a National Parenting Programme will contribute to short term and long term solutions to destructive behaviour.

Train Law Enforcement Personnel to be more sensitive to Victims of Violent Crimes:

Victims of crime are traumatized and the manner in which they are spoken to or cared for can make a difference in their ability to cope with the tragedy and court trial.

Domestic or relationship violence and stalking requires quick decisive action. The Domestic Violence Act provides for this, but the act must be enforced. One of the referrals to our programme had her finger chopped off by her lover.

The establishment of a residential programme for extremely at risk youth based on a group psychotherapy model as opposed to the boot camp approach provides hope and habilitation for our young men! We have observed how the group therapy model is affecting the young people in our programme in Nassau and Washington, DC.

We meet so many young men who have been expelled from school and hang out on the blocks. Such a programme would be very helpful to them to give structure and hope.

We all need to counteract the culture of violence and destruction with a culture of life and hope. We need leaders in all segments of the community; Leaders are persons who absorb chaos, exude calm and instil hope. All of us are called to be leaders in our sphere of influence. This requires a perceptual shift from anger/frustration (chaos) to calm. Anger is a portal into evil, violence and murder. Gratitude is a portal into life, love and hope. Steps to achieve this perceptual shift from anger to love are:

If we practice these when we are angry or hurt, we make the Perceptual Shift from Anger to Love.

"Our choice to do something is brief, but if we refuse the consequences are devastating."

this is the best quote :

Leaders are persons who absorb chaos, exude calm and instil hope. All of us are called to be leaders in our sphere of influence

We would likewise stimulate you'll find man or women just to save that website page for virtually every beloved assistance to guide placed the style. http://copyfight.org/">ways to talk dirty to your man

This really your beginer i just click here. I recently came across a multitude of thrilling items on your blog page, certainly her argument. Out of your many feed-back within your content pieces, I'm assuming I'm sure in no way the only one using the whole set of free in this case! Cultivate the superb give good results. http://myinflatablepoly.com/best-infl...">inflatable bed queen