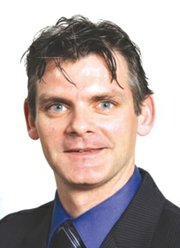 AML Foods will break ground on its first $1.25 million Carl’s Jr outlet “a week on Monday”, its chief executive yesterday saying the move highlighted its focus on ‘low volume, high margin’ businesses in the wake of the Budget’s tax increases.

Gavin Watchorn, who is also the BISX-listed food retail and franchise group’s president, told Tribune Business that the move was also designed to combat the “even more marked” impact of price control on its profits and margins.

Disclosing that the first Carl’s Jr outlet will open in the 2014 first quarter, Mr Watchorn declined to reveal its location, but confirmed it was in Nassau.

“So Carl’s Jr will break ground a week on Monday. Carl’s Jr is one we’re still going ahead with, and it will open in the first quarter next year.”

Mr Watchorn confirmed that AML Foods will invest $1.25 million in the franchise’s first outlet, although he declined to say how many persons it would employ.

Tribune Business revealed back in March how the BISX-listed group had decided to “park” the launch of its new hamburger franchise for six-nine months, due to concerns over consumer confidence and the Bahamian economy’s short-term prospects.

However, Carl’s Jr appears to have been ‘taken off the shelf’ at least partly in response to the 2013-2014 Budget’s tax increases, which fall more heavily on businesses with high sales volumes - such as AML Foods’ Solomon’s Fresh Market, Solomon’s SuperCentre and Cost Right brands.

Revealing that AML Foods had decided to ‘revive’ Carl’s Jr “some time back”, Mr Watchorn added: “We needed some time to get it executed.”

And he added that Carl’s Jr’s emergence was also partly designed to mitigate the impact of government-imposed price controls on its main food businesses, which was being exacerbated by the decline in consumer spending.

“The impact of price control is even more marked now when spending power is reduced,” Mr Watchorn told Tribune Business.

“We estimate 12 per cent of our business is price controlled, and when you have an expense base of 27 per cent and are only allowed to make a margin of 18 per cent, that has an impact on business and profitability.

“We need to minimise the percentage of price-controlled sales as a proportion of our total sales, and Carl’s Jr represents a move to high margin, low volume business. But that’s a business with less investment and fewer jobs [than food stores].”

Meanwhile, Mr Watchorn warned that AML Foods’ - and the wider Bahamian economy’s - performance during the “next two to three quarters” would be “influenced” by how persons and businesses reacted to the release of the proposed law and regulations for Value-Added Tax (VAT).

Arguing that everything depended on “perception”, Mr Watchorn said a negative reaction would see companies pull back on investment/expansion, and consumers “tightening their belts” on spending because of fears over what the future held,

And the AML Foods chief executive said the retail and wholesale industries’ main concern over VAT lay in the fact that while their consumer mark-ups would decrease, expense bases would stay the same - squeezing profits.

Mr Watchorn explained that the ‘landed cost’ associated with imported goods would likely reduce as a result of the Government cutting Customs duties to make room for VAT.

This, in turn, would reduce consumer mark-ups and gross margin dollars.

“If the landed cost decreases, your mark-up decreases but your expense base won’t,” Mr Watchorn told Tribune Business. “That is a major, major concern.”

He illustrated this by using a product landed for $1, which attracted a duty rate of 45 per cent pre-VAT, and just 25 per cent after the new tax was introduced.

If the mark-up remained the same, “gross margin dollars earned by us are going to be reduced”.

Mr Watchorn told this newspaper that AML Foods’ own calculations suggested gross margin dollars would decline by 6-8 per cent under VAT, “but the cost base will not go down by that”.

“How we make up that shortfall in gross margin dollars previously earned, for the wholesalers and retailers I’ve talked to, that is a fundamental concern,” he added.

And Mr Watchorn also questioned whether the Government “would allow adjustments in prices to compensate for this” impact, and VAT in general.