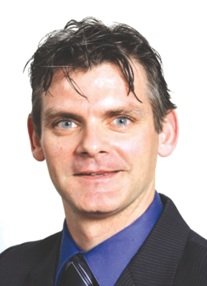 AML Foods will break ground on its first $1.25 million Carl’s Jr outlet “a week on Monday”, its chief executive yesterday saying the move highlighted its focus on ‘low volume, high margin’ businesses in the wake of the Budget’s tax increases.

Value-Added Tax (VAT) could result in the expansion of the ‘black economy’, a leading chief executive has warned, plus undermine consumer spending and the retail economy.

AML Foods yesterday said it was ultimately aiming to return a “minimum” 50 per cent of annual profits to shareholders, while disclosing that the Budget’s Business Licence hikes had discouraged it from further job-creating expansion.

AML Foods is facing a $2 million increase in its annual tax bill due to the Budget, a sum equivalent to 60 per cent of its projected net income.

AML Foods Limited recorded a 26 per cent total sales increase for its fourth quarter ending January 31, 2013, during which it recorded a net profit of $1.06 million.

AML Foods is targeting $3.5-$4 million in net income for its current financial year, its chief executive yesterday telling Tribune Business it was “confident” it could slash annual operating expenses by $1.5 million.

AML Foods has decided to “park” the launch of its new hamburger franchise, Carl’s Jr, for six-nine months due to concerns over consumer confidence and the Bahamian economy’s short-term outlook.

AML Foods chief executive yesterday admitted he was “a little frustrated” at the wait for construction approvals for its first Carl’s Jr outlet, while disclosing that store upgrades to its existing franchise would account for $500,000 of its upcoming $1.8 million capital expenditure programme.

AML Foods’ $10 million private placement will free up a total $1.152 million in cash flows over the next two years, its chief executive yesterday confirming the issue will double the company’s preference share investors to six.

AML Foods yesterday confirmed Tribune Business’s Monday article by disclosing that its preference share issue had been oversubscribed by $2.5 million, adding that the extra sum would be used to boost cash flow by taking out short-term bank debt.

AML Foods yesterday said an 8-9 per cent same-store sales increase helped to grow its second quarter profits by 148.4 per cent before pre-opening costs, as it braces for an anticipated “banner year” in 2013.

AML sees Back to School sales rise by ‘couple of points’

AML Foods chief executive has told Tribune Business that the BISX-listed retail group’s same-store sales for the Back to School season were up year-over-year by “a couple of points”, adding: “We’ve got a nice momentum right now.”

Debate 'chickens out' over consumer impact

A leading food retailer has urged all parties in the chicken imports debate not to ignore the tastes of Bahamian consumers or “unbalance the supply chain”.

AML Foods yesterday told Tribune Business it had “stopped counting” after receiving over 2,000 applications for the 90 jobs that will be created when its Solomon’s Fresh Market store at Harbour Bay opens before Christmas, the situation highlighting why proposed Employment Act reforms should be shelved.

AML Foods yesterday said it planned to break ground on its first $1-$1.5 million Carl’s Jr store in “about eight weeks”, a venture that will create 70 Bahamian jobs.

BACK-to-school sales for 2012 to-date have been steady according to several retailers, who told Tribune Business yesterday that they were expecting a surge in business this weekend and next.

AML Foods believes its newly-opened Solomon’s Lucaya store will give it a collective 40-50 per cent share of Grand Bahama’s food retail market, with that outlet’s sales already “quite a bit ahead” of expectations.

PRESIDENT and CEO of AML Foods Limited Gavin Watchorn told Tribune Business yesterday it expected to break ground on its flagship Carl's Jr restaurant in late October - early November and had already picked out a site for its second location.

MAJOR Bahamas-based businesses yesterday said that have seen electricity costs surge as much as 15-30 per cent year-over-year during 2012 to-date, one telling Tribune Business the issue was the "biggest deterrent" to getting into - and running - a company.

A BISX-listed food retail group yesterday warned it had budgeted for freight costs to increase by 10-15 per cent in 2012, telling Tribune Business it was also being held back by price controls that were "not needed in this day and age".

By NEIL HARTNELL Tribune Business Editor AML Foods says its latest preference share restructuring has given it "a tremendous amount of latitude" to focus on growth opportunities, having raised a further $4.28 million in capital and reduced dividend (inte