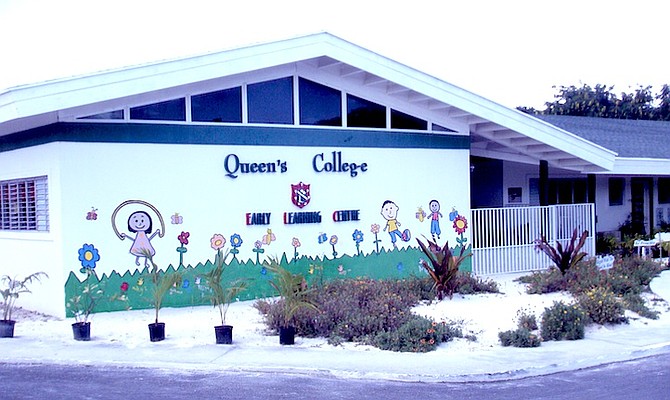 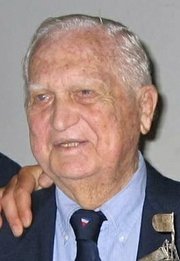 SIR Durward Knowles, the world-renowned sailor and winner of The Bahamas’ first Olympic gold medal, has stepped down as chairman of the Queen’s College Foundation after 12 years.

Sir Durward was the first chairman appointed by the school’s president of the Board of Governors, Rev Charles Sweeting, two years after the formation of the foundation in 2001. He announced his decision to step down at the regular board meeting of the Foundation on January 19.

“I feel that I have done all that I can for my alma mater,” said Sir Durward, who graduated from Queens College in 1934. “I know that there were some major accomplishments during my time that we accomplished along with the school, especially the Early Learning Centre that I’m most proud of. But I know that I could not have done it without the help of my friends.”

As chairman of the Foundation, Sir Durward led the fundraising effort to build the Early Learning Centre by making the first major donation and then raising more than $600,000 through his friends along with Queen’s College making a substantial contribution. The school broke ground to build the ELC in December 2005 and one year later the official opening ceremony for the Centre was held.

“Queen’s College, along with the Foundation, raised money for various projects and elevated the school to what it is today,” Sir Durward said. “I was able to call on my friends and they came through for us. So at this time I want to extend my very special gratitude and appreciation to these people – George Mosko, Godfrey Kelly, Geoffrey Brown and Sir Geoffrey Johnstone. We helped build one part of a classroom block and the school built the other part. It was a great partnership and I am thankful for the time I was there to assist my alma mater, but it’s time to move on.”

Queen’s College is an independent, co-educational institution. It was founded in 1890 and is the oldest private school in The Bahamas. It has an extensive list of former students including many local politicians, clergymen, professionals and other leaders. It operates under the auspices of the Bahamas Conference of the Methodist Church and consists of three sections, including the Early Learning Centre and the high school.

Rev Sweeting, who established the school’s foundation, thought it required the leadership of an outstanding Bahamian and alumni of the school who could bring awareness to the many needs of the school and work in partnership to develop Queen’s College to a higher level of respectability.

“Sir Durward was the perfect candidate to lead the foundation and establish it as the fund raising arm of Queen’s College,” said Janelle Bowleg-Albury, the present full time director of Development of the Foundation at the College. “When he announced his retirement at our meeting, it was a sad time. Everyone was so sad for his leaving us, but grateful for his time, as he has done so much for the School during his tenure. It was especially rewarding for me to see the adoration that the students had for him and when he spoke to them, they hung on to his every word.”

Under Sir Durward as chairman, the Foundation and the School raised the money to build the Early Learning Centre and collaborated on building a classroom block for the expanding school. He also led the way in beautifying the entrance on Village Road.

In 2008, Queen’s College demonstrated their appreciation and gratitude of Sir Durward by inducting him into their Hall of Fame. This was an honour that they only extended to their most noteworthy alumni.

“The Foundation will continue with the new board headed by Michael Diggis as Chairman and Lindsay Cancino as vice-chairman,” Sir Durward said. “My success goes way back. You cannot succeed in life without other people helping you. I do not forget people who have been good to me and the Lord has been good to me. How could the Lord keep me here for 97 years, he has something else in store for me. I feel my work is not done!”

Sir Durward expects to spend more time with The Bahamas Association of the Physically Disabled (BAPD), of which he has been president for the last 20 years.