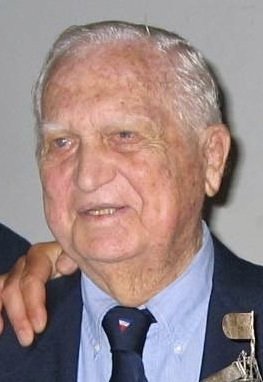 NO matter who you asked, everybody had a different version of how they remembered the legendary Sir Durward ‘Sea Wolf’ Knowles.

SIR Durward Knowles has been admitted to Doctors Hospital and is not permitted to receive visitors as he undergoes medical tests.

SIR Durward Knowles, the world-renowned sailor and winner of The Bahamas’ first Olympic gold medal, has stepped down as chairman of the Queen’s College Foundation after 12 years.

AS the Bahamas continues to celebrate the 50th anniversary of Sir Durward Knowles and Cecil Cooke winning the country’s first Olympic gold medal, another member of the sailing community seeks to honour the feat at the upcoming National Family Island Regatta.

THE Star Sailors League is all set to host its first ever Grand Final here in the Bahamas, which gives the country an opportunity to once again pay homage to Sir Durward Knowles.

Hats off to Sir Durward

WHEN it comes to individual sponsorship of regattas in the country, Danny Strachan said there’s no individual or charity that has done more than Sir Durward “Sea Wolf” Knowles.

THE Commodore of the National Family Island Regatta, Danny Strachan, said on the occasion of the 60th anniversary of the regatta and the 40th anniversary of independence, the committee wishes to acknowledge the continuing contributions of a Bahamian sailing icon.

DURING a special reception for participants in the Western Hemisphere Star Class sailing championships, legendary skipper Sir Durward “Sea Wolf” Knowles announced that he will not be serving as the commodore for another term.

They were considered two athletes well ahead of their time. But as time slowly slips away, Sir Durward ‘Sea Wolf’ Knowles can only help but reflect on the glory days he encountered with the late Thomas ‘Augustus’ Robinson.

IF we are going to go so far back to honour and recognise Sir Sidney Poitier for his contributions to the fine arts, then why can’t we go back in time and do the same thing for Sir Durward ‘Sea Wolf’ Knowles in sports?

LOCAL sloop sailing, "sculling" and boat building received a boost to its profile thanks to the efforts of a local sporting icon.

Prayers for Sir Durward as he checks into hospital

PROMINENT Bahamian Sir Durward Knowles is reportedly doing well in hospital after being checked in for a "severe" cold. Family friends say Sir Durward's relatives wanted to take no chances with his illne