Life Of Crime: Paedophilia And The Need To Protect Children 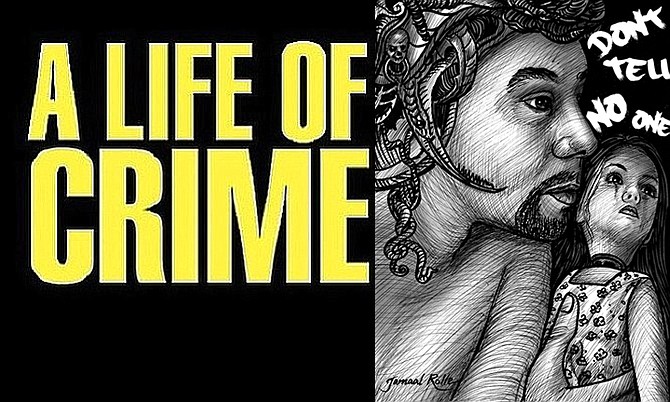 Paedophilia. The dark, dark secret. A terrible taboo. Surely this does not exist in the Bahamas?

There are various definitions. Academically, a paedophile is someone who has a primary or exclusive sexual interest in children who have not reached puberty; someone who is sexually attracted to adolescents is referred to as an ephebophile.

This helps research and understanding of why people do these things and how it can be dealt with: however, there is a much clearer definition contained in the 1997 Sex Offenders Act in England. Paedophilia is defined as a sexual relationship between an adult over 18 and a child under 16. This removes all confusion: it defines the act as a crime punishable by a jail term.

The debate continues, but recent research has shown that paedophiles have difficulties with some of the connections in the white matter of their brains, suggesting that they are wired differently.

I find many of the issues that we must deal with very disturbing. If we regard the paedophile as a monster from a different planet we risk pushing the problem further underground, especially within families who will be reluctant to come forward. Equally, the more humane medical approach may encourage the sociopathic, controlling paedophile to use the information for further ludicrous justifications of his or her actions.

I cannot accept that a child is developmentally ready for adult sexuality and the evidence shows that early sexual contact causes psychological damage that continues into adult life.

One problem is that there is not just one distinct type of paedophile – there are a number of different categories. They present differently and they respond to different interventions.

In my early years in psychiatry we were aware of a very problematic, isolated and often mentally unwell group of men who form the first category. These susceptible men were usually very immature or were suffering from alcoholism or mental illness. The illness may have been stress-related or in older men an organic brain disorder was sometimes discovered. They may have struggled with repressed impulses for years, and these urges may be released by their problems; they are more likely to abuse someone they know, particularly within the family. Incest presents great difficulties for the child to report and to be believed.

There is a younger group in the same category, usually adolescent boys, especially those with severe learning difficulties. They are likely to have been victims of abuse themselves and may still be victims even while they are abusing younger children. This group often makes advances that are detected fairly readily; they should always be reported. There is a temptation for this group to be ignored because they are seen as vulnerable.

The primary concern should always be the protection and welfare of the child. Even if the offender is vulnerable or ill, treatment options can form a part of the assessment. The child must be protected: it is their right and so criminal proceedings may be necessary.

There are intervention programmes used in prisons around the world with some success and there is also emerging evidence that after prison projects like “Circles UK”, which provide circles of support and accountability around released offenders, do work. Similar programmes in Canada have reduced reoffending rates dramatically.

It is also critical to have educational and therapeutic support that will enable people to get help for family members before prison becomes the only alternative. The fear of sending a family member to jail often makes it difficult for that initial report to be made.

The second general group is comprised of those men who have fixed paedophililic sexual impulses and often have aggressive and sociopathic personalities as well as sexual attractions. They are, in many ways, far more dangerous as they actively seek out children and they will go to great lengths to create opportunities for their sexual behaviour.

They are driven by urges for power and they are motivated by anger and their need to control others. They often appear to be the perfect citizen and even their friends and acquaintances are fooled.

These men tend to choose occupations that enable their sexual deviance to pass unnoticed. It was in the Eighties that the Roman Catholic church first began to be faced with widespread allegations of child sexual abuse but at first there was not much response. The Boy Scouts were also faced with mounting accusations: the American branch of the organisation decided to tackle the problem and in 1988 they introduced a “Youth Protection Programme” to help prevent further abuse.

The church - sadly - dithered much longer than necessary, moving paedophile priests to other parishes and refusing to believe many of the accusations. It seemed that whilst the church hierarchy was horrified by the charges, the fear of damage to the church led to widespread denial and cover up. A number of countries have examined the problem carefully and made efforts to lessen the risk in all schools and churches.

The reality of this long term institutional abuse of children was perhaps finally brought out into the light by reports that a famous English radio and television presenter, Jimmy Savile, had abused a large number of children over four decades. It was only a year after his death in 2011 that the full extent of his abuse became known. He had been an extremely popular figure who raised money for charities, visited children’s homes and hospitals; no one believed these “bad children” and lawsuits threatened any investigation. It was these Machiavellian methods he used to select his victims that remains the most disgusting part of the story.

These are the children that those in authority simply do not believe and it is precisely this troubling pattern that worries me most. Some churches and youth organisations are making efforts to prevent this abuse, but darkness still descends on many investigations. There are surely others who are paedophiles lurking in the shadows – who are they and under what guise are they hiding?

There is increasing international research and more cases reported in the press that show the problem affects all races, religions and socio-economic classes. There does seem to be an emerging pattern that would suggest that this group of paedophiles need power and they can hide just about anywhere – they could be sports coaches, politicians, drug dealers – and they always have justifications and rationalisations that we must not accept.

There have been persistent stories reported about child sex abuse in many countries that reach the highest echelons of society. There is one such scandal from the Eighties in England that went to the heart of government, a variety of celebrities and the elite of society. The names that have gradually emerged in the British press are truly shocking, but how could this happen? How could a paedophile elite ring corrupt a government?

Those in power make decisions about the world affairs that affect our lives. They are the leaders of countries and they need a deep understanding of how the world works. We all hope – and desperately want to believe – that such a wealth of knowledge would bring great wisdom and a sense of responsibility.

The alternative possibility would be that this understanding of the world can be used in a cynical way, with a ruthlessness hidden by the veneer of respectability. I know that many of us just cannot believe or imagine that degree of corruption. It would mean that rather than democracies around the world there are numerous “Kakistocracies”.

Basically, this term describes government by the worst or most evil people from society.

I do not know that I, or for that matter most of society, want to believe this. To accept it would attack the very foundations of what we have been brought up to believe. I also have difficulty believing that people that I have had immense respect for were complicit in covering up child sexual abuse and paedophile rings, but the evidence is pointing in that direction.

I have often thought that power is more dangerous than drug addiction. Certainly, when it is combined with paedophilia it is.

If the English paedophile law was used in the Bahamas many would go to jail. The protection of children in this country is a joke. Molestations, teenagers girls impregnated by grown ass men happens often. More examples need to be made of these people to discourage this destruction of our future.

I like the definition he uses it highlights shames and classifies predators. The law should be take pedophiles and child predators out in the woods and shoot them once discovered.

Age gap for persons under 18 please. I don't see why a young girl's first man must be more than 4 years older than her. You have 40 year old men grooming these girls from young, waiting til 16 and barking about their rights to daughters still living at home. Then the mother allows it because of support.

It puts their male peers out of the competition and hence they turn to fast money to get a girl and acquire 40 yr old status right out of high school.

Leave the young conchs for the next phase of fishermen.

Thank you for this series on crime. The need to protect kids is particularly pressing in that there exist well funded, organized, and politically connected groups comprised of predators who are working to lower the age of consent steadily downward to zero.

Further, these groups are seeking to redefine the legal definition of 'consent' to be unilateral. In other words, only one party - the pedophile sex predator - need give his 'consent' before engaging in sex with his target victim, who has no say in the matter.