FORMER Cabinet minister Tennyson Wells yesterday said that former Free National Movement (FNM) candidate Leonard Sands should not have accepted his nomination in the Bain and Grant’s Town constituency if he was unhappy with party infighting as he called for more stringent vetting.

“I don’t know how he [Mr Sands] could suspend his campaign,” he said. “When you suspend that means you gone, you’re no longer a candidate.

“Based on my experience, a lot of people want to get involved in politics thinking there is a lot of glamour and when they get involved they find it’s a cost and they may expect the parties to support them. But particularly when you’re in opposition, opposition parties don’t have that kind of funding.” 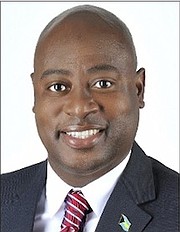 Mr Wells added: “I don’t personally believe that persons should get nominated, and the committee set up to do the due diligence on candidates presenting themselves, they should ensure the candidates can maintain a constituency office. Pay the rent, pay the light bill, have a secretary there. You have to be able to spend probably $3,000 per month if you want to run, and if you don’t have that, leave that alone.

“When the Candidates Committee [is] doing their due diligence and vetting these persons, unless candidates can do that I don’t think they should be nominated, not in this day and time.”

Mr Wells, a FNM supporter, acknowledged that financial status should not be a barrier to frontline politics; however, he reasoned that the party could not sponsor an entire slate of candidates.

“I wouldn’t say it’s a rich man’s game but I think the party should be able to fund some candidates because you want to have a broad section of candidates to show the social strata but it can’t be everyone going there looking for that. You might find the young people who just started, you going to bring them up through the ranks, you can fund them.

“But if you been around working 10 to 15 years and you want to run and you can’t fund, at least keep a headquarters open for six months before the election and get nominated before that. You should fund yourself when it’s coming down before the election.

“These are all judgment calls that have to be made,” he said. “I don’t think the persons who are dealing with these issues, sit down and think the things through properly.”

Mr Sands told The Tribune on Tuesday that the continued “infighting” within the party, and other “personal considerations” had forced him to suspend his campaign.

He said while his reasons for suspending his campaign were not solely because of the drama within the Official Opposition, there are others who “are tired of it” and he predicted more announcements like his.

Yesterday, Mr Wells pointed out that infighting has plagued the FNM since the 2014 convention.

“It can’t be infighting,” he said. “If it’s that then he [Mr Sands] should not have accepted the nomination. What’s going on in the press and public view has been going on now from last convention. If he’s that concerned, that should have caused him not to apply for nomination in the first place.”

Mr Wells said: “What is going on in the party now, it has its merits and demerits but when it’s all over, and Minnis has won, Minnis will beat the PLP. They goin’ get beat bad because Minnis has a lot of base support.”

Mr Wells conceded that if Dr Minnis was successful in defending his post, then he will be expect to make compromises with dissenting MPs that have been publicly scathing of his leadership.

Why is Tennyson all up in FNM business?

A shameless, incorrigible crook is urging vetting of any magnitude. The FNM, in the way it is now presenting itself to the public, has truly become a dissolute group. And isn't interesting that Minnis, "mr small man", has his chief spokesperson saying that the only people who should consider themselves for public service are those who have a sizeable amount of disposable income? Ofcourse one cannot be bankrupt and offer themselves for office and yes, running for office involves expense and personal sacrifice, but at the same time that message needs to be a balanced one because we have many people in this country who would be excellent contributors in public life but they do not have the kind of money a Tennyson Wells or Hubert Minnis has. That by itself should not disqualify them from being given an opportunity to serve their country at that level, and if political parties truly believed in helping the best and brightest to get ahead in public service, the sizeable resources they pool should go to supporting such hopefuls instead of buying votes and lining pockets.

Mr. Wells, contribute one million dollars to the FNM, no strings attached, and then you can talk.

Not interested what you may have given in the past. Do it now.

Indeed. Let him put his money toward supporting the "small man" in his efforts to bring about a better Bahamas. But that of course will not happen. Persons like him are content to swindle and wax in-eloquently in newspapers about how the small man needs to sit small because his name will never be called.

Comrade Tennyson, nothing shirt kicking the Six-House MP's out the red movement on the morning July 30, 2016 will ever solve the guaranteed be reoccurring combative ways of Loretta, Chippie and Montagu's Richard. I am at a loss why Minnis would wait so long to expel this meddling in party's business bunch?
Personally speaking, I'd kick Papa Hubert, and his two former deputy prime ministers out with Papa.

because Tenny knows they need to keep people like him outta politics....