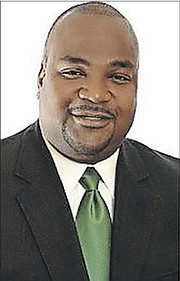 A former Democratic National Alliance candidate said yesterday that the Free National Movement lost a “golden opportunity” at its recent convention to be a formidable force going into the next general election.

Delano Munroe, Youth Empowerment Programme (YEP) president and CEO, said if the leadership of the Official Opposition had changed at their convention held at the Melia Nassau Beach Hotel in July, the party would have had considerable momentum to mount a challenge to the governing Progressive Liberal Party at the polls in 2017.

Long Island MP Loretta Butler-Turner had strongly criticised FNM Leader Dr Hubert Minnis in the lead up to and shortly after the party’s contentious convention, which saw her withdraw her bid for the leadership of the party hours before delegates were set to vote.

She has since urged her supporters to back Dr Minnis and the FNM notwithstanding her prior criticism of him.

Mr Munroe who yesterday admitted his respect and support for the woman who had sought to become the first female prime minister of The Bahamas, said the FNM is “not even a formidable force to consider at this point.”

“The FNM seems to still be trying to catch themselves after convention but it’s been about six weeks now and it’s almost like they’re an afterthought,” Mr Munroe said.

“The FNM lost a golden opportunity to be a formidable force in the 2017 general election when they booted Loretta Butler-Turner from gaining the leadership position. It is my opinion that, if at the helm, she could have attracted undecided voters, disenfranchised voters from all political divides and definitely attracted the type of funding and candidates needed to mount a successful victory at the polls for 2017. She would’ve been a visible and tangible change to the political establishment that this country has been used to since Majority Rule.”

When asked if he agreed with other critics of Mrs Butler-Turner who said she should not have conceded before the count of the votes, he said no.

“Kenny Rodgers said it best, you got to know when to hold them and know when to walk away. I believe she saw the writing on the wall leading up to the elections at the convention and saw that the decks were not stacked in her favour and decided to end her bid.

“While some will argue that she may have never known the outcome, we must remember that Mrs Butler-Turner is a seasoned politician and she understands this game very well.”

Mr Munroe believes that as it stands when considering the state of all the political parties, “the 2017 general election will be more about who will win the opposition.”

“Despite everything that the PLP government has going against them they could easily emerge victorious in 2017,” he said. “At the present moment if the opposition party and third parties don’t get it together quickly, get their message out to the masses and generate the type of momentum needed to take them from now straight until 2017 they might as well pack up shop, save their money, resources and time.”

Mr Munroe was acquitted of theft allegations in 2012. The allegations thwarted his bid for the MICAL seat on the DNA’s ticket.

Yesterday, he said that Bahamian politics “is not for the faint hearted, easily timid, thin skinned, sensitive and fearful individuals.”

“We seem to specialise in gutter politics and blatant victimisation in The Bahamas and this is why decent men and women who have something of value to offer to the political process is staying away from entering front line politics,” he said. “We need to change the dynamics of politics in this country to attract good candidates to these parties.”

Another one looking for a job. . .Dude!

Yeah - but we can say that about almost everyone running- looking for a job or more than likely an extra meal ticket. He made some good points- whether the FNM or any of the bumbling power hungry third and fourth party leaders who all claim democracy but don't want to concede leadership in any so called coalition election admit it or not.