Us Couple – Search Drags On 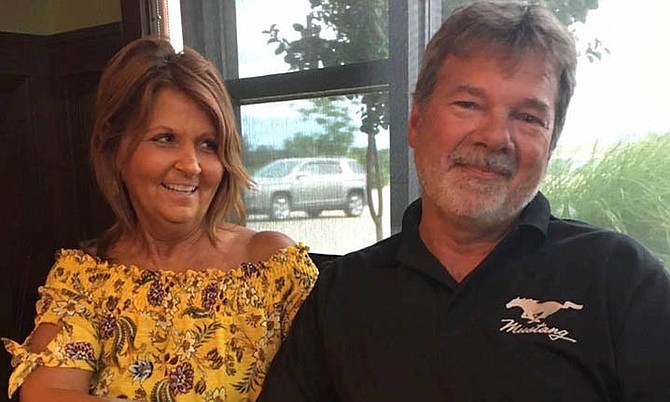 Forrest Sanco and his wife Donna.

AUTHORITIES have ruled out an area of debris near Cat Island which they thought could be remnants of the plane carrying missing American honeymooners Forrest and Donna Sanco.

Search and rescue documents obtained by The Tribune yesterday indicate debris and a life raft spotted on the eastern side of Cat Island is now “not believed” to be associated with the Sanco investigation. Authorities are working to determine what exactly happened to Forrest and Donna Sanco while en route to Rum Cay on September 26, one day after the pair flew their private aircraft from Houston, Texas; through Florida and then Freeport, Grand Bahama where the couple reportedly cleared customs and spent the night.

However, according to his family members and caretakers in Rum Cay, the pair never arrived. The Sanco couple were renting a holiday home from Pat and Earl Lambert.

No reports were made about the missing couple until Friday, October 6 – roughly 10 days after the couple was originally scheduled to turn up.

The Tribune understands it was at this time reports of the missing couple were disseminated to the United States Coast Guard and the Royal Bahamas Defence Force (RBDF).

United States Coast Guard has stressed the RBDF is leading all efforts on the matter.

Forrest Sanco’s niece, 23-year-old LeeAnn Burger initially tried to raise $10,000 through a Go Fund Me campaign to hire private crews and pilots to find the couple. That target was passed in just a few days and has so far brought in more than $12,000.

On the gofundme site last night LeeAnn said: “ Due to lack of resources with the Bahamian government and coast guard we have been forced to hire our own private search crews and pilots. This has been costly and could continue to be as we need to search until we find something.

“Everything we raise will go to our efforts to bring them home whatever it takes! Whether it be continuing to hire private crews, medical expenses, or costs involved in trying to get them back home to us.

“If there are any funds left over at the conclusion the funds will be split between a fund for Forrest’s daughter Riley and a donation to the Maritime Search and Rescue fund in the hopes no other family will have to bear this burden.”

Meanwhile the search for the Sancos continues.

I fear they may never be found, once you get out further east than Cat Island and Long Island, on that last leg towards San Sal and Rum Cay, it's just one huge DEEP DEEP ocean. Look how long it took them to find the Faro and that was a huge ship!!

Totally agree. Very little hope of finding them. What kind of pilot closes a flight plan before he has landed? Suicide!

You have to in the far flung islands, typically once you start descending from altitude and know you are going to lose radio contact with ATC, you go ahead and close it out, as there is no guarantee once you get to the destination that you will get to a phone in a timely manner to call in to cancel once on the ground.

So exactly when does a pilot close his flight plan as it was indicated that the flight plan from eleuthera to Rum Cay was closed by the pilot.

Depending on how high he was flying and how far along he was, you typically start making your call descending through about 5-6,000 feet, get much below that and you won't be able to make radio contact with them anymore. The Cessna 150 was superseded by the 152 in 1977, so that plane is over 40 years old. Now, from the picture it looks to be in great shape, and so long as you keep up the airframe maintenance, you are always swapping out new engines, the plane can be totally 100% up to par and reliable...still, a small single engine 2 seater, heading out to the big wide ocean...would have me a bit on edge. With GPS technology these days, navigation is not really the concern, it's comes down to a failure within the aircraft.

Cessna 150 Is not known for long legs, very small fuel tanks. Understand they refueled in North Eleuthera? If not and last top off was in Freeport then fuel exhaustion is possible.

Well how much fuel did they buy and where?

I hope they did not refuel @ Rubis, because if they did they got more water than fuel.

Our condolences to the families. Rpmcommander@gmail.com offers Private SAR functions utilizing a variety of private and small commercial aircraft including some fitted with aerial cameras. Given the time lapse since their due date, we fear it may be a recovery mission at best. I would recommend a post at the airport bulletin board urging pilots to BOLO for the Cessna in and around the island. Also reach out to Google earth and Yahoo Maps for recent imagery. I suspect if they find anything, it will be within 3 miles or so of the Airport.