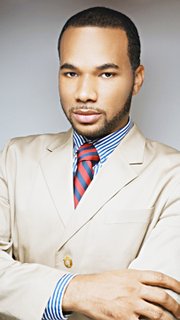 Mr Ducille, as well as lead Crown attorney Eucal Bonaby, indicated that due to those discussions, they would need an adjournment in the matter, leading to the case being set down for February 11. The three accused remain on bail in the interim.

In August 2017, former appellate President Dame Anita Allen, and fellow appellate Justices Jon Isaacs and Roy Jones, ordered the trio should be retried over allegations they were found with 3.275 pounds of cocaine at the LPIA Departure Lounge on April 19, 2013.

According to the facts of the matter, on the date in question, officers attached to the Drug Enforcement Unit (DEU) were at LPIA observing the actions of two persons later identified as Toni Sweeting and Delano Sweeting, the latter of whom is a pageant coach whose Bahamas Beauty International organisation had at the time been awarded the Miss Earth Bahamas pageant franchise.

Two officers approached Toni Sweeting, then a police constable, who was in uniform and on that day assigned to the United States pre-clearance area, and escorted her to a bathroom where they attempted to search her.

The officers, one of whom was Inspector Shakiel Riley, stated that Toni Sweeting resisted and during the course of the struggle a package fell from her person. Insp Riley testified that during the struggle, Toni Sweeting’s phone rang and she was able to shout into it: “The police got me! The man them got me!”

Toni Sweeting was subdued and searched, after which officers found a package taped to her body. She was subsequently taken to the Central Detective Unit (CDU) after being booked in at the Airport Police Station.

Two other officers approached her brother, Delano, in the transit lounge, where he was said to be carrying one carry-on item at the time. He was subsequently arrested and transported to CDU via the Airport Police Station.

Sometime later that day, DEU officers visited Campbell’s home, where they spoke to a woman who identified herself as Campbell’s wife. The woman told the officers her husband was not at home, after which officers searched the house and took away a number of items, including paint cans, rolls of plastic and tape.

About a week later, Campbell, a Jamaican national, was arrested. The trio were subsequently interviewed by officers and subsequently charged with drug trafficking related offenses.

Toni Sweeting was dismissed from the Royal Bahamas Police Force (RBPF) hours before her initial arraignment on April 22, 2013.

The three were convicted in January 2017.