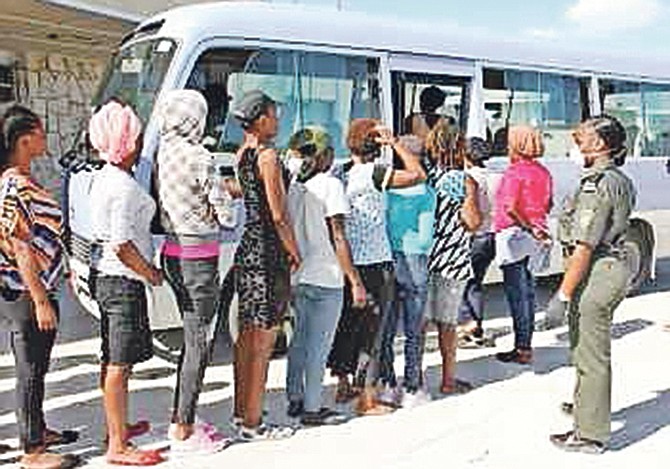 The RBDF said the group of 124 migrants were picked up around 3am when Patrol Craft P-125, manned by Petty Officer Patrick Donald, intercepted a 40 ft sail sloop approximately eight miles south of New Providence.

HMBS Rolly Gray, under the command of Lieutenant Commander Stephen Rolle, also assisted with the apprehension. The migrants – 107 males, 17 females – have all been turned over to Department of Immigration officials for further questioning.

The RBDF has apprehended or assisted in apprehending over 400 Haitian migrants for the year. Those migrants have since been charged before the courts for illegal landing, the RBDF noted in a press release.

Meanwhile over 2,000 more made it to our shores undetected in the same month. LMAO

It Christmas and the CORRUPT, GREEDY AND UNSCRUPULOUS OFFICIALS need money for their sweethearts to pay their holiday bills and the smugglers know that. We get on boat ( probably the illegals who pay the least bit money for their passage) as a gift and 4 other boats land their passengers successfully. We joining WTO and cannot protect the country's borders and citizens. WHATS TIS!!!

I suspect they already have permanent residency in one of the shanty towns long before their feet touch dry ground!!