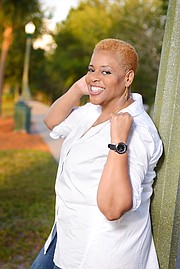 In Washington, DC where, she currently resides, people oftentimes referred to writer Wendy Coakley Thompson as "that girl from Barbuda, Barbados or Jamaica". It became an almost everyday occurrence for her to correct and educate people on her dual identity as an American born to Bahamian parents.

"I've spent a lifetime explaining the Bahamas and my life there to the well-meaning curious and the intellectually incurious alike," she told Tribune Weekend. "It was shocking to me how little people knew about a country that was a mere 45-minute plane ride from the US mainland."

It was this experience as a person of dual cultural identity and a lack of exposure to Bahamian culture that made Wendy launch Duho Books - a boutique press she founded a year ago in Washington that publishes fiction and nonfiction "for, by, and about the Bahamas, Bahamians and Bahamian culture".

Duho Books has now launched its Spring collection that includes books such as "The Left-Over Daughters" by Grand Bahamian writer S L Sheppard; "My Name Is Karma: Journey to the Truth" by psychologist-turned-author N A Cash; and the re-release of Wendy's acclaimed 2005 novel "What You Won't Do for Love". 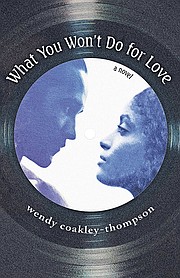 The rights for Wendy’s “What You Won’t Do For Love” have been optioned for cable television.

The new collection of books, she said, represents continuations, as well as new beginnings. There is also a running thread throughout all three of the books, which is the bonds of family in general, and sisterhood in particular.

"There are no businessmen in suits at Duho driving acquisition decisions. Rather, we look at individual authors, their stories, and their potential to represent the Bahamas through their work. Duho strives to give its authors individualised attention and strategically position their work for maximum exposure. In this way, Duho hopes to further the continuation of Bahamian literary traditions while at the same time building writing careers," she said.

Wendy is also the author of "Writing While Black, Triptych, Back to Life", a 2004 Romantic Times Award nominee, and "What You Won't Do For Love" optioned for cable television.

An experienced journalist and blogger based in the Washington, DC, area, Wendy has written for Examiner.com as the DC Publishing Industry Examiner and has penned articles for Postscript'd, the Grio, and the Washington Independent Review of Books.

After much groundwork, Duho Books was officially launched in April 2017 in Arlington County, Virginia, a suburb of Washington, DC.

"I chose the name Duho because for the indigenous people who lived in the Bahamas before Christopher Columbus arrived, a duho was a throne for the chief, or cacique. That throne is symbolic. Duho's goal is the elevation of the Bahamian experience to its own metaphorical throne once more for present and future generations. To this end, Duho strives to disseminate Bahamian culture to a wider audience across the globe," she said.

Like any other start-up, running a boutique press means managing and conquering challenges every day.

"The major challenge, I would say, is spreading the word and getting the authors' work the larger exposure it deserves. I am constantly evangelising about the Bahamas, Bahamians and Bahamian culture on a personal level. However, there is so much noise and so much competition for people's attention nowadays," she said.

And one surprising challenge along this journey has been getting books for, by, and about the Bahamas and Bahamians into Bahamian bookstores.

"In 2018, Bahamian bookstores still operate within a consignment culture, where you beg and plead for the bookstore to carry your wares, and you must trust them to account for your sales accurately and give you your profits in US currency, in a timely fashion," said Wendy.

"As an author, I have done my share of running behind people for my money in consignment relationships, and some bookstores still owe me decades later. Because Duho is a State-side business, this model is impractical. Additionally, as a point of principle, serious businesses can't be into 'trus'in', like the local tuck shops where we used to get our frozen Kool-Aid cups and salty sausage back in the day. It is specifically for this reason that Duho has relationships with established distributors like Amazon, Ingram, and Baker and Taylor. They handle the sales aspect of the business, which allows Duho to scout for talented authors and make their work widely available. 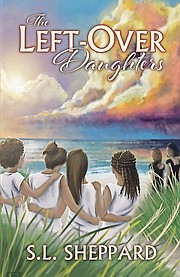 "Not surprisingly, another resource that is always in short supply is time. In order to get work quickly from writer to reader, Duho's time frames from acceptance to publishing are fairly aggressive. For example, N A Cash submitted the manuscript for 'My Name Is Karma' in early May of 2017. Duho published the book on September 22 of the same year. Of course, this is not the typical experience for Duho authors. Money is always at a premium also. In response, we must creatively do more with less. We manage to keep Duho lean by using freelancers for the editorial and administrative duties."

While managing a boutique press can sometimes be overwhelming, Wendy says she keeps the big picture in mind and that's what keeps her going.

"Some days, when I question whether I'm insane to have taken on this effort, I immediately focus on the rewards. S L Sheppard's novel, "The Left-Over Daughters", just debuted in May, and as of this week was #1 in Caribbean and Latin American Literature on Amazon.com, with the paperback and e-book versions of the novel taking the top two slots. This past March, it was such an indescribable pleasure to see N A Cash read her work and meet her fans at the University of the Bahamas's Blue Flamingo Literary Festival. I felt like a proud mama! These rewards make me confident that we're getting the word out about Duho one author at a time, one book at a time, one day at a time," she said.