Honour In Marriage – A Shared Responsibility 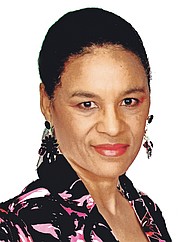 For most men, honour and respect are huge elements in their relationship with women. It’s usually the top consideration, with sex coming in at a close second place. Sadly, both are the most intentionally withheld elements—even in so-called Christian marriages. Many of the marital challenges couples experience today are rooted in the lack of honour and respect.

Most women want to have a great marriage; they want a dreamy storybook romance. Instead, they feel saddled with a nightmare that continues even after they wake up. One, I might add, that some helped to create with their mouths. Although many wives are remorseful when they let their mouths run away with them, they still have difficulty accepting responsibility for their actions. Instead of making excuses and casting blame, perhaps a better approach would be to own up to your mistakes. Did you know that many of your problems can be fixed just by putting a guard over your mouth? It really can pave the way for a healthier relationship.

A woman owned up to me about her mouth getting the best of her when she spoke to her husband. She admitted to using her tongue as a knife to cut him to shreds. He could do no right. If he did good or looked great, she would not tell him, lest he became full of pride; yet she wanted him to affirm her. She wanted him to come home after work to spend time with her and the kids. When he did, she complained about everything he said and did.

Although she hated undermining him, she said, “I can’t help it!” Almost every day she emasculated him in front of the children. Every night he went to bed feeling broken, assaulted and worthless. Instead of going home to Ms Cranky, he began staying out with a lady who he felt treated him with dignity.

So ladies, what does honouring your husband look like? It means you lift up your man. Sure he has some chinks in his armour, but guess what, so do you! Instead of focusing on the weaknesses, why not focus on his positives; they were not so difficult to see before you got married. Revisit how you speak to him; emasculation is not an option in a healthy relationship regardless of what the issues are. You need to take how you treat your mate up a notch. Dr Mike Murdock says it this way: “Speak to the king in your man, and not the fool.” You see whomever you address; he will rise to the fore.

Another lady complained that her husband had lost interest in their intimate time. She claimed she had to be the one who constantly pursued him. In talking with him he explained that he would rather remain celibate than to lay with his disrespectful wife. Within 10 minutes of being in their presence I understood his point. Her belittling was overwhelming.

Should men honour their wives?

Honour applies to women too, so you gentlemen don’t get away so easy. Men can take honour and respect for their wife up a notch also. Far too many women are complaining about how their husbands speak to them privately and in public. How does it benefit you to pull down God’s gift to you? If you want her to treat you like the king of your home, shouldn’t you be treating her like your queen?

Husbands, honour and respect your wives. If you treat her with tenderness and respect those old hardened areas will soften in time. But if you are abrasive you are only creating more callouses and the cycle will continue.

I’ve heard several men boast in their wife’s presence how they elevated her from the gutter to prominence with him. That’s not honour, that’s demeaning, humiliating and unkind. Where a person comes from or what they have does not define who they are. Life is a journey, one which has hills and valleys. Just because you were on a hill when you met does not make you a better person than someone from the valley.

An apology is in order

The Bible says that two have become one, so men, whatever she is, that is what you are. What did you call her again? Well, it’s never too late for an apology for dishonouring your spouse. If you are sincere it can create a good foundation to rebuild your relationship.

You may be the breadwinner, a bigger, stronger, domineering man, but that does not make you the boss. You are your wife’s husband, lover, head of the home and priest of the family. Lead her with firm but gentle respect. Don’t you know that you are hurting yourself when you hurt your wife? Do you really want to get stuck in an “I’m good enough” rut? Your spouse may not agree with your point of view on the matter.

Father, teach me how to honour and respect my spouse. Allow me to see him/her as you do and not through my critical lens to heighten their faults and limitations. May he/she see me in the same way so that we can overcome the pitfalls and hotspots in our relationship. I disable everything that comes to encourage disrespect and dishonour in our marriage. Thank you for helping us to restore respect and honour in our relationship, in Jesus’ name.

• Teri M Bethel is an author as well as a publisher of books that seek to entertain, empower and promote healthy lifestyles for adults and children. Additionally, she provides a free online directory for local authors to showcase their family friendly books. Teri and her husband serve as marriage and family advisors for a local ministry. The couple has two adult sons. Visit her website, www.BooksByBethel.com, or e-mail tbethel@booksbybethel.com.