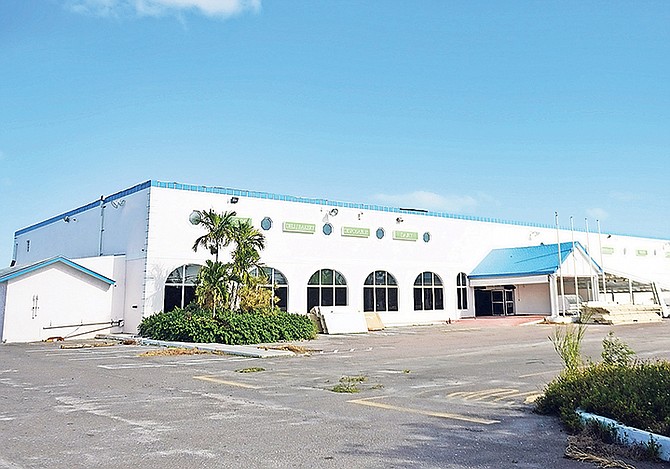 THE GOVERNMENT has gone back to the drawing board on plans to relocate the General Post Office, according to Transport Minister Renward Wells.

The plan had been to move the General Post Office to the old Phil’s food store building on Gladstone Road but Mr Wells said cabinet has discovered it would cost more to renovate the building than it had budgeted.

“The government had identified a building that we were going to renovate to move the General Post Office from to that site but what ended up happening is what we realized that the amount of renovations that is needed is beyond what we had budgeted for,” he said. “We anticipated it was going to be about $4m to renovate the building. Obviously it is a whole lot more than that and the Ministry of Works is now going through the whole design process as to how we get that done so we’re looking over the next week or two to being able to come back with a subsequent stop gap measure. We’re looking at something else that we may be able to do in regards to the post office so we can get the post office fully functioning while we look at the finished site as to where the post office is going to be.”

He said: “It’s an ongoing concern because the existing General Post Office there are issues with the building that the government has sought to correct. We have staff working there half-day now. We’re looking at perhaps maybe getting two shifts. We understand the situation with the post office that the mail is backed up but we’ve had a lot of infrastructural issues at the post office at Cable Beach we needed to repair the roof you know it was closed down for about three or four weeks while we repaired the roof it is now back up and open so we are looking at how we can arrest the problem.”

Over the years, the General Post Office has been plagued by mould and air-conditioning problems.

For many months workers there have worked shortened shifts at their East Hill Street location because of the “hazardous” conditions.

So you buy a building with no idea of how much it will cost to fix up, and now its too much that building will be left to rot. You lot are a complete and utter waste of space. I had hopes after the election but now i realise you are all inept.

DID they actually buy it?

Thanks for the reminder!

I personally would resign if I was so utterly inept at my job. I would be so sick from the stress of not knowing what to do every day.

Don' think they stress. It's just a game to them, like Monopoly, they don't count The People's money or assets as real. Plus, they have a stash of Get Out Of Jail Free cards!

The move to stop and cancel the lease of the building that was being prepared for the post office was done clearly out of spite, politics and ignorance. This government knew that the Gladstone road location was not suitable if only for the distance is is located from downtown and the population that will be using the post office. And if they didn't know the people told them it was to far away. But they waved the Phil's building at the public to make their cancelling of the the plan they met in place more credible. How many millions did this blunder cost the Bahamian people?
Didn't Minnis learn from Ingrham's stop, review and cancel extravaganza that it was not they way to go? And not to mention the inconvenience. Many are still being denied this simple basic but essential service. So what now? Should government go back and try revive the agreement it had with the independence property? And negotiate the minimum amount of penalty? For certain just barely past this time next year, Minnis and The FNM will be past the halfway mark of their term in office.
Their resum'e for a second term in office is not looking good. The police killings, the Oban mis-deal, the increase in VAT, The purchase of the Freeport hotel which seems to be growing more mysterious and more expensive by the day, Who buys a hotel without the furnishings, The FNM did!, BPL board drama and BPL's four fires, Bahamasair stranding passengers for up to 16 hours two weekends back to back. The cut back in uniform assistance are all strikes against them.. And for the hits: Yes, they did have two successful back-to-school openings, and Bah mar is fully opened. The Pointe is expected to open under their watch, but what has this government here done to improve the lives of the average Bahamian, or at least reduce their misery level. Build the Soldier road extension or do something. And are we going into Election 2022 without a post office?

The FNM Government was against BAR MAR . the wash house man and the doc said and did all they could to prevent the BAR MAR. doc even promised to sell BAR MAR. It is to bad , he could not sell Our Lucaya.

that is doc for you..

People needs to be fired...or investigations..!!! 1. Renovation and refurbishment costs to transform into Post Office etc must have be calculated....with pricing...labour and materials...including contengencies BEFORE buying 2. Valuable man hours paid by pore Bahamian people taxes for salaries....March..till now...wasted now knowing figures off..?proposals..projections....other parts to be used by other govt etv... 3. Other opportunitoes to buy another suited structure may have bbeen missed 4. Time and money salaries spent used designing, areas utilization...flow..fire exits...bathrooms....lighting..car parking..???....somebody had to be responsible....!!!....comme to find out it aint happening...so all wasted...??? 5. Who could have priced it....and contingency not enough???.......UNLESS....and in some cases......as has been alleged in other cases......with acquiring repossessed buildings...under charged situalions.....may end up with unforseen cleverly hidden surprises...challenges...... 6. Something is definitely wrong if costs of repairs..refurbishment....is that much more than projected for project to be shelved.....!!!!

In the main time,..this blundering government have established Bahamian merchants toeing line at the Ministry of Finance, like Oliver Twist, to get customs duty exemptions. "Please, Sir, Marlon, "I want some more." Isn't the Customs Department capable of doing their job? The petty shop mentality and cherry picking will destroy them. But O, "its da people's time."