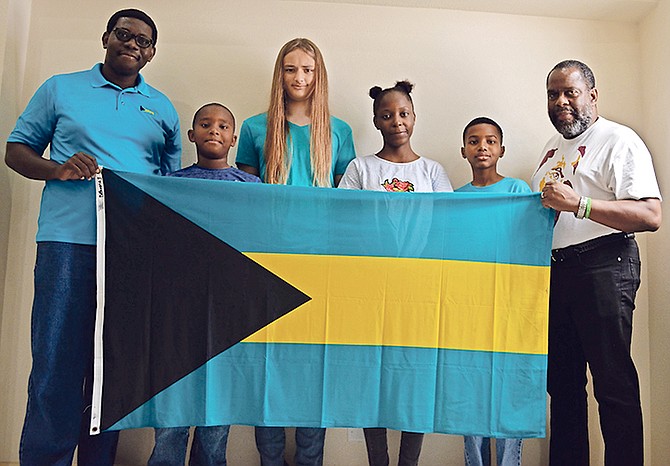 Most persons are familiar with the path to and events of the CARIFTA Track and Field Championships.

Generally, the public is also aware that the journey to the CARIFTA Aquatic Championships involves swift freestyle, butterfly, breast or back strokes. But many people are unaware of the CARIFTA Junior Chess Championships and the hard work, determination and focus that it takes to represent one's country at this event.

This year, the Chess CARIFTA Games will take place in Willemstad, Curacao. Ten countries will participate in this year's event including Antigua and Barbuda, Aruba, Barbados, The Bahamas, Bermuda, Guyana, Jamaica, Suriname, Trinidad and Tobago and Curacao. The CARIFTA Junior Chess Championships will be held from Thursday, April 18, to Tuesday, April 23.

Sir Austin Sealy, former president of the Amateur Athletic Association of Barbados, established the CARIFTA Games in 1972 as an annual junior track and field championship meet.

In 1985, the CARIFTA Aquatics Championships was launched as an annual event.

Eight years ago, the game of chess was introduced to the CARIFTA Championships as an official FIDE event. Trinidad & Tobago hosted the first CARIFTA Junior Chess Championships, which they won.

During the months of February and March 2019, chess CARIFTA qualifiers were held in The Bahamas.

Top local junior chess players competed for the chance to represent The Bahamas as part of the 2019 National Chess CARIFTA team. The selected Bahamas team of six, comprising of five young men and one young lady, are hoping to bring home the gold for The Bahamas. The country has never won the CARIFTA Chess Championships title but has earned gold medals in individual categories.

Elton Joseph, president of the Bahamas Chess Federation, will serve as team coach.

"We are excited about having the opportunity to participate in the 2019 CARIFTA Chess games. The players are ready and eager to represent The Bahamas on the regional stage," said Mr Joseph.

He thanked sponsors whose donations made it possible for the National Chess CARIFTA team to attend the upcoming 2019 CARIFTA Junior Chess Championships.

"Assisting these young people to be able to participate in this global, mental sport on a regional level is a testament to your commitment to the growth and development of young people in The Bahamas."

"My attendance at the 2017 Chess CARIFTA in Jamaica was an amazing and impactful educational experience," said Trinity Pinder, a 10th grade student at Kingsway Academy and 2019 Chess CARIFTA team member.

She added: "This year I hope to improve upon my performance and medal at the 2019 CARIFTA Junior Chess Championships."

Results and pairing for the championships will be available at https://www.curacaochessfederation.com/pairing.html.

MadHatter you must be a very miserable person. These are young Bahamians and this is what you have to say to encourage them. I know these young people and they are hard working, smart young Bahamians. I actually showed one of them your comment and told them see this is why you have to succeed, to show up those who have given up on our young persons. How sad.