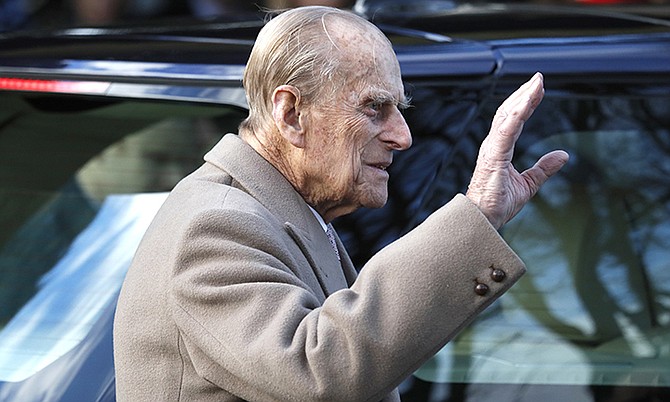 Buckingham Palace says Prince Philip (pictured) the husband of Queen Elizabeth II, had been in a traffic accident and is not injured. The palace said the accident happened Thursday afternoon near the Queen’s country residence in Sandringham in eastern England. (AP Photo/Kirsty Wigglesworth, file)

The scene near to the Sandringham Estate where Britain's Prince Philip was involved in a road accident in Sandringham, England, Thursday.

The Norfolk Constabulary says officers responded to a reported collision and two people in one of the vehicles were treated for minor injuries.

The palace said a doctor examined Philip as a precaution and confirmed he wasn't hurt.

Britain's Press Association quoted a palace spokeswoman saying the Duke of Edinburgh, the title he received on his wedding day, was driving one of the cars.

He had a passenger in the car, but the spokeswoman would not reveal who it was, the Press Association reported.

Philip has largely retired from the royal family's public duties.

Somebody needs to snatch the old dude's keys!