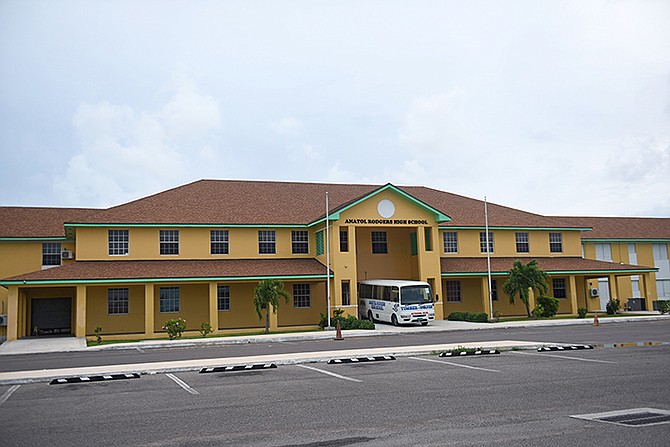 According to a police report, shortly after 8am on Sunday, Police Fire Services responded to a call that a building was on fire.

No other buildings were damaged, police said, adding arson was the suspected cause.

This comes days after an investigation was launched into the cause of the fire at the Huntley P Christie High School in Andros.

In a press release issued on Thursday, the Ministry of Education said the school in Nicholls Town sustained fire damage to four classrooms on Wednesday afternoon. The statement read: “The Ministry of Education has commenced an investigation into the cause of the fire, which severely damaged the school’s mathematics block, and will be making a public statement when that investigation concludes.

“In the meantime, the ministry advises that the school has remained open and all of the students were able to complete their final exams. The Huntley P Christie High School closed for the summer break for students at 3pm on Thursday. The school year will end for teaching staff on Friday, June 21.”

The statement added clean-up efforts will commence as soon as the cause of the fire is discovered.

According to a police report, shortly after 4pm on Wednesday, Andros police officers were on patrol in the area of the Huntley G Christie High School, Queen’s Highway, Nichols Town, when they discovered the centre block of classrooms on fire. Officers and volunteers from the community extinguished the fire, which damaged four single-storey classrooms.

No one was injured during the incident.