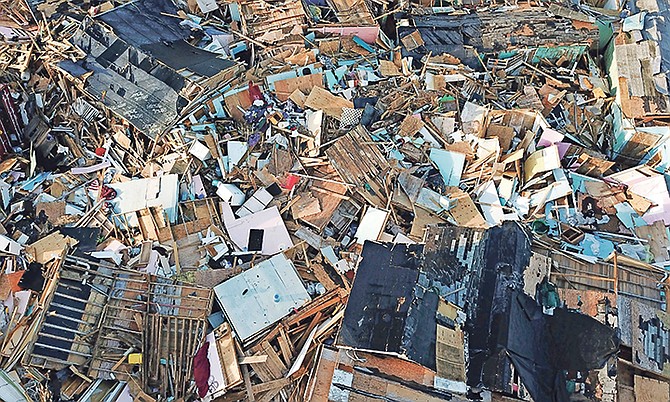 Homes in ruins in The Mudd after Hurricane Dorian – pictured in October. Photo: Fernando Llano/AP 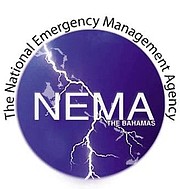 POLICE in Abaco have recovered two bodies in the Mudd, bringing the official death toll from Hurricane Dorian to 69.

In a statement, the National Emergency Management Agency (NEMA) said one body was found on November 8 and the other on November 14.

This is the first update since October, when police recovered remains of two unidentified bodies, one in Dundas Town, Abaco and the other in The Mudd.

National Security Minister Marvin Dames said in October that police have reports of 282 people still missing, the majority of them from Abaco.

The death toll is expected to grow as crews continue to clean up debris from the affected islands. Minister of Health Dr Duane Sands has previously said other victims may have been washed out to sea and their bodies may never be recovered.

The country continues to come to terms with Dorian’s impact.

On Friday, the Inter-American Bank released an assessment indicating the hurricane’s impact will cost the country $3.4bn, more than a quarter of its GDP.

The IDB estimates Dorian will cost the country one percentage of its GDP, implying the economy will grow 0.9 percent post-disaster, resulting in a decrease in salaries of $51.3m and capital income of $60.9m.

The IDB estimates Dorian caused $2.5 billion worth of damage, 91 percent of this to the private sector.

“Abaco suffered 87 percent of the damage and Grand Bahama 13 percent,” the IDB’s report said. “Losses are estimated at $717.3 million and were sustained primarily in the private sector, which accounted for 84 percent of the total. Seventy percent of the losses took place on Abaco, 15 percent on Grand Bahama, and nine percent of the other islands. Additional costs add up to $220.9 million, 46.4 percent of those costs were in the environment sector and are associated to the cleaning of the oil spill. A major part of the remainder of the additional costs is related to debris removal and demolition.”