DIANE PHILLIPS: Cocooning in the time of COVID 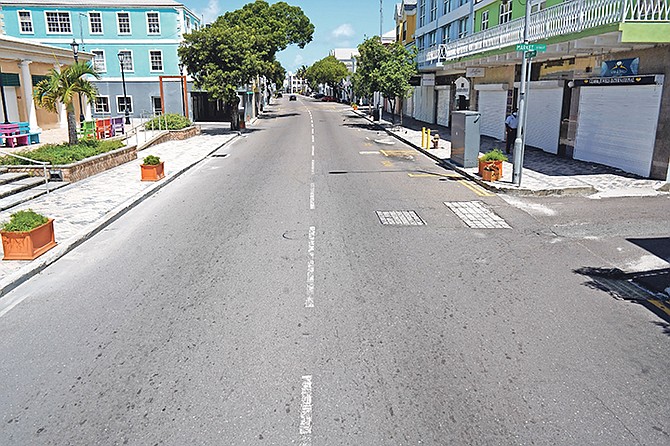 Staying at home is changing our lives in ways we never imagined. We grew up thinking we had to go to school, get into and through college if we were able, so we could “go out” into the world and find a job and later, when we were old, be able to retire and stay home.

Suddenly, our going out into the world puts us back in the place where we started and where we are supposed to end up, plunked down in our home with nowhere to go and plenty time to get there.

Only now, for those of us who can work remotely, it’s also our office, our gym, our best and only choice for lunch, along with all other meals and it’s pretty much where everything in our daily lives happens.

So it makes a lot of sense that we are spending more money making that home our own cocoon.

Like others around the world, we are fixing up that space where we huddle safe from the invisible enemy.

We are adding personal touches, paint, new plants, pots to put them in, a fresh set of blinds, a whimsical pillow or throw.

While the economy is suffering and the future is anyone’s guess, we’re spending a bundle making our cocoon inviting enough that we are okay with staying in it.

According to creditcard.com, we are actually spending more staying at home than we did before, averaging $182 a month more in groceries and $121 in utilities, and that’s in the US where prices are considerably lower.

As we trade that fast food lunch for yet another trip to the food store, families at the lower rung of the economic ladder who are less likely to be able to work remotely feel it the most.

More mouths to feed more times a day, more children to manage more hours of the day creates its own stress regardless of panic associated with worrying about where the money is going to come from.

Many believe we are relieving our stress by doing the only shopping that is readily available, grocery stores and pharmacies, and disbursing our pent-up energy by painting and fixing.

I think there is more to it. I believe we are nesting and that’s why our cocoon is so important. If we had a DIY big box store here, we would beg, borrow or plunder Asues to buy shares.

In the US, Home Depot, which caters more to professionals, and Lowe’s, more to the do-it-yourself homeowner, have both hit the kind of record sales only matched by fleeting natural disasters.

Who would have guessed that a virus could make such a difference? Not since the Spanish Flu of 1918 has there been such a clean sweep of the streets with families closeted, guarding against the evil that lurks outside.

With all the together time, you’d think the birth rate would surely be months away from climbing to an all-time high, a spike like the baby boom of the 1940s when men returned home from war to arms that could not wait to embrace, a fact that worked for them.

Oddly enough, researchers predict that instead of a boom, there will be a bust. A Brookings Institute study predicts a 300,000 to 500,000 drop in the number of births next year with a higher number in 2022.

The reasons: economic loss, uncertainty and insecurity. That, of course, may or may not apply in The Bahamas where all that nesting is quite likely to produce the chirp of a new generation which, God willing, will never have to face the need to stay home when you don’t want to again, but only when you do. 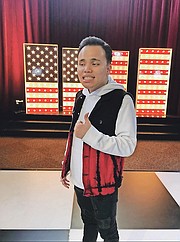 Kodi Lee is all the reason you ever need to believe that everything is possible. Kodi was born with optic nerve hypoplasia. At five days of age, he survived life-saving surgery, emerging a tiny fighter with all odds stacked against him. He would not only grow up blind, but with autism and Addison’s disease, an adrenal deficiency so rare that it affects only one in 100,000 people.

There is no simple explanation for how this unlikely California child turned out to be a musical prodigy so stirring that the world tuned in, literally, to watch and listen in wonder.

Kodi fascinates and mesmerizes in a way that is hard to explain unless you understand you are looking at perhaps the only savant you will ever see, that you are witnessing inexplicable genius complemented by emotional overload. With large eyes that wander before they settle on something and a hesitation in his then-rushed speech, Kodi’s intensity makes your heart beat faster for his safety. And when he sits down at the piano or plays the drums or his latest, tap dances, and opens his mouth to sing, he takes you along on a ride you will never forget as long as you live.

At seven, he sang Alicia Keys, by his teen years, he was playing Chopin and Bach, now at 22, with AGT’s Season 14 Championship behind him, he has signed record deals, is performing live at major venues and strikes gold when he sings and plays Elton John’s “I’m Still Standing” with the same perfection as Donny Hathaway’s “A Song for You”.

Something took Kodi Lee’s sight and robbed him of the many pieces that could have made him an average young man. Instead, it left an unforgettable talent, a voice with perfect pitch, a musical photographic memory and an ability that makes him only one in 25 people in the world. Would he have developed it if his parents had not spent their lives loving him so? We will never know, but we can thank them for giving him to the world as an inspiration reminding all of us we can do better.

Quite right Porcupine, what load of mindless, elitist drivel if I ever read one. Thousands unemployed, even more hungry and we are talking about "cocooning" or shall we say wasting money on crap you do not need.

Talk about being “tone deaf” and exemplifying White Privilege ... this Relic has nailed it with her unhinged ramblings and should be “cancelled” before inciting further outrage by being allowed to continue to spew such provocative and insensitive out of touch commentary.