Court decision over stay on oil drilling to come on Saturday 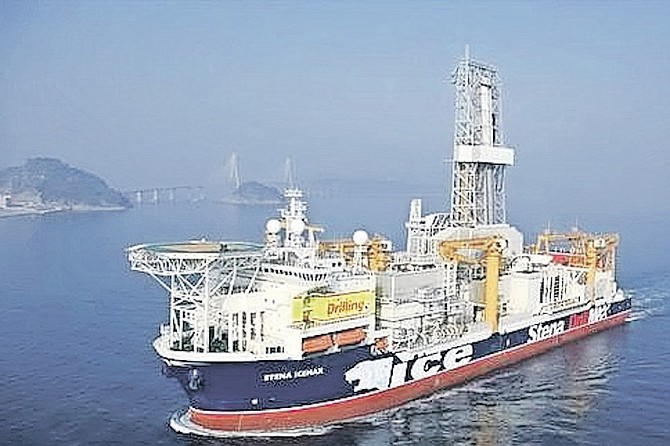 ENVIRONMENTALISTS will learn on Saturday whether Justice Petra Hanna-Adderley will grant their application for a stay of Bahamas Petroleum Company’s exploratory oil well drilling.

However, with that drilling already started last Sunday, one of BPC’s attorneys Clare Montgomery, QC, contended that it is virtually impossible to halt it.

Attorneys for all sides were in the Supreme Court Friday for a hearing on an application for judicial review of the government’s decision making process regarding the approvals for BPC to drill for oil in Bahamian waters.

Justice Hanna-Adderley did not make a decision on that judicial review application nor did she decide on on the stay of drilling.

However, during the proceedings, she noted that she was minded to refuse one part of environmentalists’ application, specifically decisions taken by government in February and April as well as a request to apply for those which were out of time based on filed documents alone.

Earlier this month, environmental groups Waterkeeper Bahamas Limited and Coalition to Protect Clifton Bay filed an application for leave to bring judicial review proceedings against the decision to approve exploratory oil drilling in The Bahamas.

Today, Supreme Court Justice Petra Hanna-Adderley denied the application for leave to bring the application out of time with the respect to the February and April decisions only.

In response, Fred Smith, QC, the attorney representing the applicants insisted that this could not be done without an actual hearing, pointing to Supreme Court Rule 53 (3).

This rule states that a judge may determine application without a hearing, unless a hearing is requested in the notice of application and need not sit in open court and in any case, the registry shall serve a copy of the judge’s order on the applicant - provided that in no case shall leave be refused without giving the applicant a hearing.

Justice Hanna-Adderly said she would consider this also and advise on Saturday.

It is also the intention to have several other grounds for judicial review, in relation to government’s decision in August and November, to go to a hearing.

This should be denied.

Like I mentioned in the previous post these environmentalists/Groups been dragging their feet. WHK and so on.

''Specifically decisions taken by government in February and April as well as a request to apply for those which were out of time based on filed documents alone".

Congratulations and strenuous encouragement to the applicants.

The Bahamas is utterly unique because of its beautiful waters and islands. To permit drilling here is utter insanity, and economic insanity also.

Fred Smith QC deserves our sincere thanks and appreciation.

We live in a world where pristine environments, water and health are soon to be the greatest and most valuable currencies.

If Justice Petra Hanna-Adderley does not make the right decision she will not only have betrayed the Bahamas and its people, respectfully she will also have betrayed generations of her ancestors.

Great! But we also live in a fast-moving world that soon won't be able to sustain itself off of its beauty. Beauty is only attracting penny-pinching tourists. We have more than to offer! This isn't the first exploration in the Bahamas, but this company is the first to ever be granted access to drill in our waters. Clearly, there's lots of it. Having been deterred for 10 years, Perseverance. This is just what we need to help give our currency a push. I'm open to the idea of offshore drilling in our country. Respectfully this will help our future generation.

The Bahamian dollar will fare so well when tourism crashes to near zero when there is an oil spill and tourism arrivals reach near zero.

BPC is drilling the 7th offshore well in the Bahamas. No spills connected with the 6 holes drilled.

Since the government has decided to of its own initative to file to support the oil drilling permits, when will it be pulling the Bahamas out of the Paris Agreement and related climate accords? Clearly creating a whole new oil industry from scratch is the opposite direction of where Paris was to take the Bahamas in both letter and spirit leaving our continued participation in it dishonest, misleading and in violation of the agreement.

Trinidad's oil company employs 10,000 happy people. FYI the Paris Agreement in my opinion is a con; not one scientist has proven that CO2 is the prime cause of global warming!

You wrote that wrong, let me fix it for you:

Is this just a PR stunt by Fred Smith?

All you people who think that drilling for oil should be stopped need their heads tested. How on earth do you the think the Bahamas are going to be able to rebuild sufficiently after Dorian? How long do you think it will be before you have to start paying income tax like the rest of the world ? Heard of Covid 19 ? just in case the majority of you 6% gcse passers who post on here its devastated an already fragile economy. If you think that the Bahamas is wealthy because you have some private ships up at Albany and loads of Old money at Lyford that you can overcharge for services, then think on. By all means all environmental safety is paramount and its up to the lifeless Govt. to actually put itself out to ensure that this is vigorously policed This is an opportunity to pull out of this with all the investment that will follow into New Providence and the rest, let alone the royalties. Don’t pass this up or God save the lot of you

these jobs een for us and the money een coming to us.

Remember when you as on the street marching and protesting for the millions we could get if only the govt would just let Sebas open legally? We was all gonna be rich from this gaming thing.

What you get? Illegal gaming is cannibalizing everything in this country, rental and commercial property, real estate, road works, garbage collection and they only seeking to increase their footprint. No too big to fail considerations here. Big Oil will bring the hatchet.

Please check out Trinidad and Petrotrin.

Oil development did so much for Venezuela and Nigeria didn't it?

No reason Bahamas couldn't be like Panama - a trading, banking and tourism powerhouse. But yeah, lets make it a mucked up Venezuela where everyone fights over oil money which inevitably declines and leaves you with an oily, rusted mess at end of the day!

FYI Panama has the Panama Canal we don't!

Too often countries are destroyed by international resource companies. All negotiations between the Bahamian government and this oil company need to be transparent and available to the public, and: 1) The Bahamas government should make sure they get the maximum royalties possible out of this. 2) This should go into the Bahamian economy, not some politicians' back pockets. 3) The oil company needs to pay a big deposit against pollution incidents. Too often these companies pollute and then declare bankruptcy.

BP Spill cost $50 Billion to deal with. Say against all reason they paid 10% of that as a deposit. Impossible. You think you would ever get the other $45 billion? haha

If BP had thought they were up for a big financial penalty they might have done the right thing and been more careful. But you're probably right.

Most of BP's penalties were tax deductable, meaning the clean up was actually paid for by the people whose livelihoods were most affected. What are the odds that BPL pays anything for cleanup in a country like ours??

Those are just the basics but great points.

What a half witted response....

The BP spill was 10 years ago - they were drilling in the high pressure zones in the Gulf of Mexico. The geology near Cuba has a lot less pressure and is therefore much safer.

Hundreds of oil wells are completed safely around the globe so we need to keep a clear mind and evaluate the pro’s and con’s.

All of you in the favour of oil drilling. Read up on BP! They were the same company responsible for the spill int the Gulf. They faced huge lawsuits and to date the area's wildlife is still struggling to regenerate from that. On top of that, when the rest of the world is quickly turning away from fossil fuel and looking to green energy, why is a country that had 364 days of sunshine NOT promoting green energy???

That $9.5 billion debt is going to suck us dry. Do you have a plan to solve this financial problem other than borrowing from China?