INSIGHT: 'Nine months on all we want is an answer - where is she?' 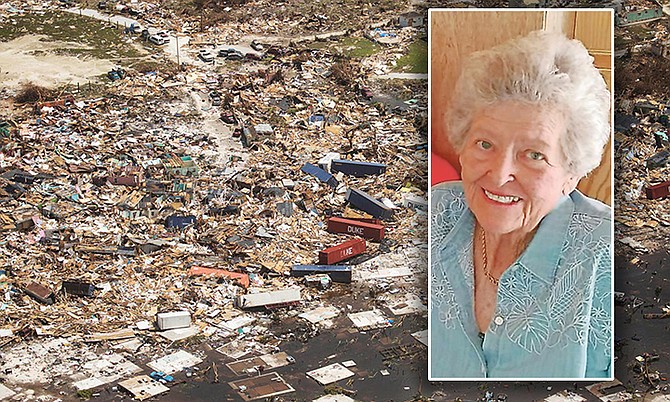 Astrid Stratton lost her life to the deadly storm but the whereabouts of her body, just like many others on the island, is still a mystery.

FOR many Hurricane Dorian survivors in Abaco, the process of picking up the pieces of their lives has already begun. But, nearly eight months after the deadly storm hit the island- residents still struggle to gain a sense of normalcy.

While some find it difficult to cope without modern conveniences and basic necessities on the island, others struggle to find solace and closure from not knowing where their deceased loved ones are, nearly nine months after the storm hit.

And even now, as a new hurricane season approaches on the heels of the COVID-19 threat, a dark cloud still looms heavy on the island - lying at the heart of the ravaged community in a trailer, holding the answers to many questions of grieving residents: is my loved one in there?

Lifelong Abaco resident, Liann Key-Kaighin is one among many who asks herself these questions each day, desperate to relieve the ache in her heart since the storm took her aunt during that fatal summer.

Noting that life for Abaconions has never been the same since the deadly storm in early September, Ms Key-Kaighin said it’s been difficult for her and her family to fully move on with their lives without knowing where her aunt’s body is located.

“She was basically like my second mother, my mom’s baby sister,” she said, while recalling their precious memories together. “She was very well known around the country and well-loved in Nassau and well-loved here in this community.

“She was living in a home on the front street of Marsh Harbour, right next to Commonwealth Bank (before the storm came.)

“And we pleaded with here for an entire week to not stay there. The whole week, I was like ‘please aunty just come over to mom’s house and let’s all be together. We don’t know what this storm gone do.’

“And by the Friday, she had her house ready and she wasn’t going anywhere. And in fact, she said to my mother on a phone call that she was born in that house and she was going to die in that house.”

Just as she predicted, Astrid Stratton - Ms Key-Kaighin’s aunt - did die in her home. She lost her life to the deadly storm along with three others who sought to seek shelter in the home during the passage of Dorian. 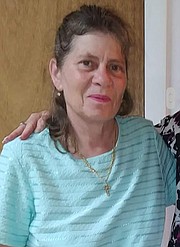 “The four of them were in the house together - the gentleman who worked with me, his girlfriend (and) my cousin,” Ms Key-Kaighin said. “And the waves took the house and the house is just gone. We found portions of the house half a mile away.”

The whereabouts of their bodies, just like many others on the island, is still a mystery.

Ms Key-Kaighin claims her co-worker and his girlfriend’s bodies were found by residents on the island and later taken by Royal Bahamas Defence Force officers.

“We know that the fellow who worked with me, his body was found by another co-worker of mine and they watched him be bagged and tagged and taken by the defence force on day three,” she said. “Until now, the government won’t give me his body and they say they don’t have him, but we saw him get bagged so, where is he?”

“And the girlfriend, her daughter said she saw her get bagged and they denied that they got her body but where is she?”

But, despite their continued efforts to obtain information concerning the whereabouts of their bodies, Ms Key-Kaighin said to this day, she and her family have received little to no answers from government officials.

“It’s been a daily heartache,” she said. “We got to Alabama on September 6 (after the storm) which was a Friday night and Monday morning I was on the phone to Nassau. For four weeks, I spent over $1,200 on my BTC phone bill calling Nassau to try to find out information about my aunt’s body and we still was trying this March and February, even when the COVID-19 was starting and we just keep getting lied to and put off.

“Basically, the last conversation I had with a CDU (official), she basically told that they had Addy for sure because that’s what she’s asking me about a gold chain, a special gold chain. My aunty had a one-of-a-kind gold chain.”

“And when I sent the picture with my aunty’s neck and the chain to the lady, she said ‘don’t worry I’ll be getting back to you shortly’. That tells me they got a white body with that chain on and I haven’t heard from her since and that was March.”

The government’s “blatant” disregard for those who lost their lives to Dorian, according to the Abaco native, has infuriated grieving residents, who just want answers as to why some nine months later, they cannot receive information about their loved one’s whereabouts.

In the aftermath of Dorian, government officials said they released the remains of several storm victims to their families.

However, officials later said some 50 bodies were left unclaimed and placed in a refrigerated trailer in Abaco.

In March, Disaster Reconstruction Authority officials said they were identifying a date for a national service for those unidentified victims. But, with the country’s attention now fixed on dealing with the COVID-19 pandemic, it is not clear when this service will be held.

Amid this uncertainty, Ms Key-Kaighin said it breaks her and her family’s heart to know the remains of her aunt could possibly be lying in that trailer.

“The government is saying that ‘oh, we got 50 bodies in that trailer’, but here’s the thing - a lot of those bodies they could be from The Mudd or the Peas if they don’t have no one to survive to claim them,” she said. “ I believe (my aunt) is in that trailer.

“…I work in shipping. My father was a sea captain and now my brothers own one of the ships that bring our groceries every week and I actually am the container maintenance person for that ship, so I have a little idea with refrigerated containers and how they work.

“They was trying to assure us in that meeting like ‘yeah, that’s been on freeze the whole time and it’s going to be okay and the body’s conditions gone be okay.’ But, every 24 hours those (refrigerators) has to (go on) central.

“They sometimes would come up to even as high as 70 degrees for a period of time, let’s say 20 or 30 minutes or so, so what do you think is going to happen to a body or a piece meat in that period of time and this nine months later?

“I don’t even know who to go to at this point. It seems like the only thing this government fears is getting international spotlight.”

With no clear answers on where her aunt’s body might be located, Ms Key-Kaighin said she and her family does not feel optimistic that that they will ever find her aunt’s body and give her a proper burial.

In fact, she said it would be more comforting for the family to know her aunt floated away in the sea during the storm rather than to be stuck in the trailer under those conditions.

“…We did or own memorial service back in February and Mrs Donalee Mackey was instrumental in that and it did help a lot because the community came together. I mean there were like 800 people at that service. It was amazing and that helped my mother tremendously and it was some closure.

“But, of course, having my aunt’s body to bury in the family plot – that would be great but we’ve kind of given up on them because the way that container is set up now, who wants to go in there and sort through any of that? I wouldn’t wish this on my worst enemy. Half of The Bahamas don’t have a clue.”

Ms. Astrid was a Lady of much dignity and standing in Marsh Harbour and neither her Memory nor her surviving Family deserve what has transpired over the past 8 months since the passage of Hurricane Dorian ... both tragic and extremely sad.

It is difficult to describe the unholy shamefulness of a government bureaucracy that would do this. What has this nation become?

Wasn’t everyone in the trailer identified?

I guess the trailer helps give hold up the lie about the numbers if you have 1000 missing hoping that they’re in there.

Of all the stupid, asinine, corrupt, self-serving decisions made by this administration, and its predecessor, this has to be one of the most egregious. Give The People the remains of their loved ones to lay to rest. This takes dictatorship to a whole new level.