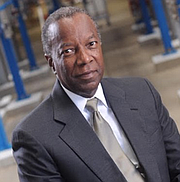 The Bahamas' "economic stagnation" will last at least another 12 months, an ex-Central Bank governor warned yesterday, with recovery only arriving when 50-75 percent of tourism workers are re-hired.

Julian Francis, who held the post from 1997 to 2005, told Tribune Business that the Government has little choice but to pick up the COVID-19 slack from the private sector and "finance the cost of doing nothing" well into 2021.

Acknowledging that The Bahamas is "a one horse town" due to its dependency on tourism, Mr Francis said this made its options for effecting a rapid escape from the economic doldrums imposed by the pandemic "extremely limited".

He added that the country's model as a small, open economy meant it was likely to be among those most "severely impacted" by the COVID-19 fall-out until the return of "a viable tourism business".

With this objective remaining some way off, and several major hotels delaying their return beyond the October 15 date recommended by the Ministry of Tourism, Mr Francis said The Bahamas would find it tough to secure "outside solutions" to its economic dilemmas as it must compete with multiple rivals in a similarly "desperate state".

Disclosing that one major resort had informed him it still hoped to begin its "ramp up" around Thanksgiving, the former Central Bank governor voiced optimism that the so-called 'Vacation in Place' strategy proposed by the Ministry of Tourism could generate at least some business for the hotel industry during the peak winter season.

He warned, though, that Bahamians should plan for "a very quiet Christmas" in 2020 and aim to minimise spending/borrowing until the worst of COVID-19 subsides and there is "light at the tunnel" - from a a vaccine or otherwise - at some point in 2021.

"I really believe that the position that The Bahamas is in; the opportunities for getting out of this for countries like The Bahamas are extremely limited," Mr Francis told Tribune Business. "We are almost in a way, and I wouldn't quite say we're there or we're it, but we're almost the most likely to be severely impacted by this problem out of all the countries I can think about.

"We are a very small, open economy. We are a bit of a one-horse town. If you take away tourism we're not left with much, which is going to affect us. So until we can recover our tourism business in a meaningful way; that is to say we're able to send back 50-75 percent of those persons who work in the tourism sector, until we get there we're going to be struggling.

"What is carrying us now, and what I think is going to carry us for the next year really, is the extent to which the Government can finance the cost of doing nothing..... Bottom line: The Government is going to have to finance this stagnation for the next 12 months. However much money is necessary to do that, I really don't know," he continued.

"We've seen the expense on the Government to provide food supplies to the populace has been growing steadily. This is what life looks like for The Bahamas until we return to a viable tourism business."

Mr Francis, now holds numerous private sector interests, said that based on his conversations with international investors and lenders there was "continued interest" in The Bahamas such that the Government should have no difficulty borrowing and accessing debt financing over the short-term.

And, while praising the Government for "putting in motion" efforts to alter The Bahamas' tourism-dependent model through the Economic Recovery Committee (ERC), he argued that the development of new industries and a diversified economy will be a medium to long-term objective that takes time.

"Let's be frank with ourselves: That's going to take some time, especially when the rest of the world is having the same challenges we are," the ex-Central Bank governor told this newspaper.

"Whatever we can do now we're in competition with everyone else who's trying to figure out how to rebuild their economic model, and the rest of the world are in a similarly desperate situation. It's not the kind of environment to be looking outside for solutions."

Mr Francis, who is chairman of BISX-listed Commonwealth Brewery, wrote in the company's annual report that 2020 was likely to be the most difficult year endured by the Bahamian economy and its private sector for decades as a result of the COVID-19 lockdowns, restrictions and drop-off in business activity.

"It is already evident that 2020 will be perhaps the most difficult year for the economy and its business and industrial sectors for many decades," he said. "It is already evident that small, open economies such as that of The Bahamas, exposed as they are to global vibrations and lacking the facilities available to more developed nations, will be the most severely impacted by these developments."

Speaking to this newspaper yesterday, Mr Francis said that while there were initial signs of tourism stirring its revival was not going to occur "overnight". The present restrictions, especially the mandatory 14-day quarantine period for all visitors, remain a significant obstacle to its rebound.

"We have to wait and see how quickly the major hotel properties recover their business and ramp up," he added. "I spoke to one of the big hotels a week ago and they were saying we certainly hope, maybe around Thanksgiving, that we will begin the process gradually ramping up, but it's going to be slow.

"They have to experiment a bit with how they keep people safe, and will have to implement measures around how they do that. That's not going to happen overnight. It's going to be a very slow process from where we are now to where we have a significant amount of business recovered.

"I believe that translates into a best-case scenario of between the middle of next year to this time next year. That could be frustrated by any continued or actual resurgence of problems in the US. We don't know what's going to happen there when winter sets in. Again, it's going to be a slow process and is not going to provide a sufficient economic solution for The Bahamas."

Still, Mr Francis said the US winter's arrival could still drive customers from a market that provides 82 percent of this country's visitors to vacation in The Bahamas provided they can do so in the "bubble" proposed by the Ministry of Tourism's VIP - Vacation in Place - proposal.

Yet despite hopes for a tourism rebound, the ex-Central Bank governor warned: "This is going to be a very quiet Christmas for most people. Bahamians, if they are smart, won't plan to spend much money. Don't borrow money that does not make sense, and keep the budget tight. We'll get over this some time next year, and see light at the end of the tunnel. If we hold on we will get there."

Francis always was a visionless fool. Hearing him continue to endorse governing based on more borrowing and more spending is not the least bit surprising. Out of one side of his mouth Francis cautions Bahamians to avoid borrowing if they can, while out the other side of his mouth he tells government to continue borrowing as much as it possibly can for as long as possible.