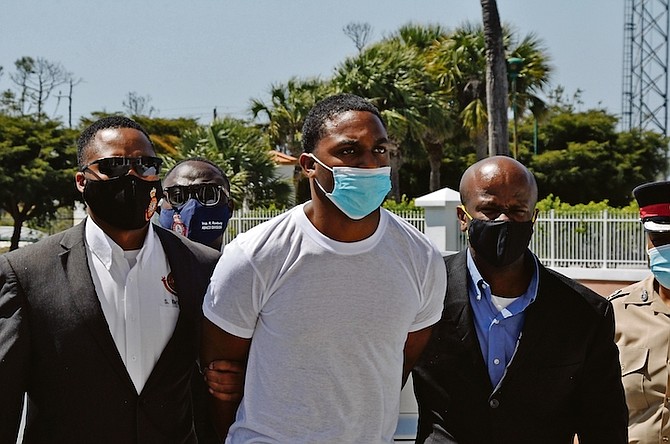 AN Abaco man was charged with murder in the Freeport Magistrate’s Court yesterday.

Raymond Bain, 23, of Sandy Point, Abaco, was flown to Grand Bahama where he was arraigned around 2pm before Magistrate LaQuay Laing on charges of murder and possession of ammunition.

It is alleged that on March 14 at Sandy Point, the accused intentionally caused the death of Lalphonso Stuart, a resident of Sandy Point.

Simone Brown represented Bain. He was not required to enter a plea to the murder charge.

It is also alleged that on the same date and place, Bain was found in possession of eight live rounds of ammunition.

He pleaded not guilty to the second charge.

While addressing the court, Ms Brown said her client claimed to have suffered abuse at the hands of police. She said that Bain told her he was beaten about the body by police officers during his arrest in Abaco.

Magistrate Laing made a note of the complaint.

Bain was denied bail and the matter was adjourned to May 25. Bain was remanded to the Bahamas Department of Correctional Services.