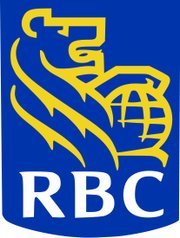 A senior Royal Bank of Canada (RBC) executive yesterday confirmed it has stopped issuing $20 notes through its automated teller machines (ATMs) as part of efforts to drive Bahamians towards digital banking.

LaSonya Missick, RBC (Bahamas) managing director and head of personal banking, told Tribune Business that the Canadian-owned bank sees the move as part of a “cash reduction” strategy amid the belief that clients are increasingly turning to electronic and digital channels to conduct regular financial services transactions.

“RBC’s decision to discontinue the issuance of $20 bills from our ATMs is a part of our digital transformation strategy,” Ms Missick confirmed. “Cash reduction is a key component in shaping how we operate in an increasingly digitised and rapidly-changing world.

“Before making this business decision, we examined the usage of our ATMs and discovered a very low percentage of clients withdrawing $20 bills. Clients can access any denomination from inside the branch despite only issuing $50 and $100 bills at the ATM.

“Additionally, we encourage clients to use their debits cards for smaller purchases at point of sales (POS) devices. We recognise more clients are seeing the advantages to completing their day-to-day banking transactions digitally, as we continue to see this digital adoption grow, especially during the pandemic.”

Some observers, though, will argue that RBC is also benefiting financially from digital banking drive as it will earn increased fee income from increased usage of debit and credit cards by its clients.

And the move, which was initiated over a month ago, is also drawing displeasure from RBC clients as social media reaction starts to catch up and gather pace. One commentator said: “RBC sucks”, while another added: “I guess they want all of their customers to use debit cards instead.”

RBC ATMs have posted on them “$50 or $100 notes only”, as the bank dropped the change on clients suddenly and without any forewarning of its intentions. The notices have been in place for at least a full month now, but the social media outcry only peaked this week.

Another Facebook user said: “That’s horrible, RBC needs to get it together.” However, other commercial banks have also moved to increase their income. Commonwealth Bank told customers from late August that it is charging a fee for each ATM withdrawal on New Providence of $5.60, with $5 going to the bank and $0.60 in VAT to the Government. The fee for Family Islanders is higher.

Utterly disgusting. Businesses floats are depleted within thirty minutes. Customers have to be turned away till about 1pm.

I am all for going digital but this is rediculous. So the conch vendor is going to have tap and go facilities? try most small shops, many don't take credit cards. The shops say that the bank makes it very difficult to get it and that the cost is very high.

If the businesses go digital and the public will follow as they have done in places like Canada and European countries.

RBC has this backwards. Fix the businesses first insted of punishing the man in the street.

Why Bahamians have such loyalty to these uncaring foreign banks is beyond me. They do not care about you! Open an account at Fidelity, Commonwealth Bank or Bank of the Bahamas instead.

RBC's real strategy is to cater to businesses only. But those retirees will take many years to die out.

I pay with debit card where I can, but there are many places where you need cash.

Does the rat poison man on the corner take debit card?

Can you tip the grocery boy with debit card?

Social Engineering and they are not ashamed to admit their human CONTROL G7 strategy upon populations. The Law of Unintended Consequences brought about by this global reset New and Emerging Technology at the expense of human civilization and freedom. The Bahamas is in the global flow of transitions and no one knows where we will end up. China is seeing energy shortages and blackouts, UK is without vehicle fuel. The US has prioritizes less Femaleness and more Trans, along with forced experimental big money vaccine terrorism. There is a living moving global movie going on. I wonder the climax in the impromptu script.

I learned in marketing about listening to your clients, serving the needs of your clients etc. RBC is all about forcing the client to do what is advantageous for the bank. This is terrible management.

We need to see this for what it is, another shameful fleecing of the Bahamian in a country with plenty banks but no competition. Royal calls themselves the helpful bank.. question is helping who? Themselves?