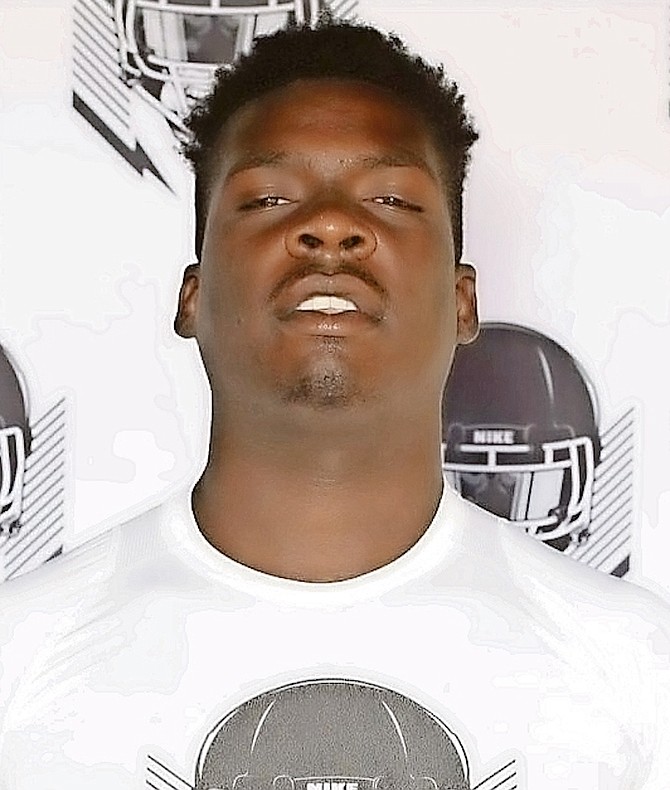 DEVANNO WHITFIELD, an employee at Muffler World who was shot dead last week, had “huge dreams”, his mother told The Tribune yesterday, and was planning to attend Florida International University and play American Football.

A RELATIVE of a Muffler World employee who was shot dead last week said he was planning to attend Florida International University before he was killed.

“He had two offers,” she told The Tribune. “He had Florida Atlantic College and he also had Florida International University. So he chose Florida International University. He was given the offer because of the financial stability you know we were dealing with that process. Then he would’ve continued on with his offer to enter into the college to be able to start what they call D-1 division football.”

She said the family is in “great distress” and are grieving over this “huge loss”.

The 21-year-old’s mother recalled that he had a football MVP award while he was a student at McArthur High School in Florida where he finished his education.

However, he had to return home to The Bahamas in 2019 and was awaiting a visa and paperwork. The football player had been working for the car repair shop for a year as a service helper and welder.

His dreams would come to an end on October 1 when he was murdered.

Officers were alerted to a shooting at a Muffler World on Robinson Road shortly after 8am that day. Assistant Superintendent of Police Audley Peters said the victim was entering the shop when a single gunman approached him and fired multiple shots into his body.

His mother recounted what she was told happened to her son.

“He went to work that morning,” she said. “His co-worker and him along with the boss and cashier opened up. Then he proceeded in and out the office door. And there was a guy that sneak from behind, walked up to him from the back and shot him.”

He was shot outside of the shop’s entrance.

She said her son told her about an incident that happened to him recently, however it is unclear if it is related to his killing.

“He said he was accosted by some guys while getting lunch a while back, but nothing where as he thought he would be innocently killed.”

Please tell us muffler world had cameras that were working and caught the cowards.

cant describe this as "innocently killed", that's a description you use if you happen to get caught in the middle of an altercation that has nothing to do with you. This guy was the target. That has a different connotation. The question is whether he'd done something "negative" to trigger the event. His mother doesnt seem to think so and the police haven't given any indication that she's wrong in her assessment. Sad that he was planning on going to college...

Your are obviously an idiot and continue to display your distaste for Bahamians. Black ones especially. A lot of young, Black Bahamian men are being killed and many are not involved in any negative or illegal activities. And this has been going on for decades. Some say some of the killings are gang related. Some say some are because the target may be witness to a crime. Some believe some are police involved. And others say it’s a mater of being a friend of a fiend or relative likewise. The question is ‘how long, O Lord, how long?’