Tourism’s ‘very big deal’: 13% of visitors are back

• Canada and UK ‘first of many dominos to fall’

• BHTA chief: Ease further to ‘give us a leg up’

Tourism executives yesterday hailed the re-opening of markets that accounted for up to 13 percent of this nation’s pre-COVID visitor base as “a very big deal for The Bahamas”. 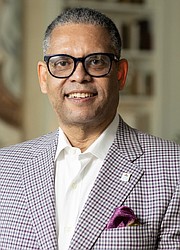 Robert Sands, the Bahamas Hotel and Tourism Association’s (BHTA) president, told Tribune Business that Canada’s decision to drop its advisory against “non-essential” travel and ease border restrictions with effect from end-February will pave the way for “our second largest source market” to properly visit this country once again.

The Canadian move, which comes days after the United Kingdom (UK) removed its own COVID-related restrictions on overseas travel by its citizens, immediately gives The Bahamas access to its two most important visitor source markets after the US following a near two-year period of cut-offs and general disruption.

Suggesting that these “may be the first of many dominos that are going to be falling in source markets”, Mr Sands told this newspaper that the Canadian and UK moves stand to diversify The Bahamas’ customer base away from its near total-reliance on US travellers to drive tourism’s post-COVID recovery.

The timing could hardly be better for The Bahamas in its ramp up to the winter tourism season’s March-April peak. The BHTA president said that while UK and Canadian visitor numbers may pale against their US counterparts, their contribution is enhanced because both provide vital airlift gateways for European travellers and other nationals to access The Bahamas.

And, with the Omicron-induced case surge continuing to dissipate, based on just 22 new COVID cases being recorded in The Bahamas on Monday, Mr Sands and other Bahamian tourism executives argued there was strong “justification” for the US health authorities to upgrade The Bahamas from a ‘Level 4’ “avoid travel” advisory to as high as ‘Level 2’ “moderate risk”.

Canada accounted for around 7 percent of The Bahamas’ pre-COVID tourist base, and Mr Sands said: “If we did not have the benefit of 7 percent of our mix, this is certainly a big deal - a very big deal for The Bahamas. Every little bit helps. I can only characterise this as excellent news, both from Canada and the UK.

“It follows closely on the heels of what is happening in the UK with their restrictions being eliminated. I think it’s only a matter of time before the rest of the world is following suit and everybody is doing their part to get to a sense of normalcy again notwithstanding that we have to find a way to live with COVID-19.

Given that the UK accounted for around 5-6 percent of The Bahamas’ visitors pre-COVID, the re-opening of both countries to outbound travel gives this country access to between 12-13 percent of its traditional tourism market once again.

While these two countries individually are “not going to move the needle that much” by themselves, Mr Sands added: “The reality is that the removal of any impediment to travel is a positive thing. It’s not going to be significant but is a positive change.

“I think that these are going to be the first of many dominos that are going to be falling in source markets, and hopefully this is a sign of things to come. Perhaps the US, at some point in time, will also review the 24 hour testing for re-entry.”

The Trudeau administration yesterday confirmed that all Canadian airports will be open to international flights again by end-February 2022, and also unveiled an easing of testing requirements for returning citizens and travellers.

All vaccinated passengers will return to random, as opposed to mandatory, COVID testing, while all travellers now have the option of taking a a rapid antigen within 24 hours of their flight as opposed to then more expensive RT-PCR requirement that was previously imposed.

“I think Canada is our second largest market, certainly next to the US, and a number of our businesses - and certainly a lot of our all-inclusives and other hotels - depend on that market, so this is a welcome return to get them back to a sense of normalcy, opening up of airports and elimination of some of these impediments,” Mr Sands added.

“What it does, in addition to contributing to our market mix and opening up source markets, is that both these countries are significant gateways to The Bahamas with people transiting through London or other parts of the world through Canada. That creates an additional boost in the numbers coming to The Bahamas.”

With The Bahamas now at “the lowest number of cases” per day in the Caribbean region, the BHTA president argued that this justified eliminating the requirement that all visitors staying longer than 48 hours must submit to another COVID test in-country. He suggested that mask wearing, too, could be “reduced or eliminated in some places”.

This, Mr Sands said, was part of the necessary drive to “take away some of he obstacles and impediments so that we get on while remaining conscious of the environment that we’re in”. He added that such moves would “bode well for confidence among the travelling public where there is significant pent-up demand”, and ease “any pre-stress of travelling to a destination”.

“I think we can get a leg up on our competition by acting justifiably, swiftly and quickly by eliminating some of these things currently holding up demand,” the BHTA chief said, given that The Bahamas’ COVID hospitalisations now stand at 42, just three of whom are in intensive care.

With the US Centres for Disease Control and Prevention (CDC) basing its COVID rankings on an algorithm that assesses how long a country’s case numbers have been at a particular level, Mr Sands said: “We’re very close to meeting the threshold that justifies an upgrade and, hopefully, when the upgrade takes place, because of the numbers we have we don’t go from ‘Level 4’ to ‘Level 3’; we go from ‘Level 4’ to ‘Level 2’. I think our numbers justify that position.” 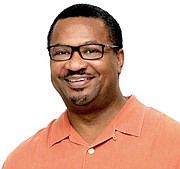 Kerry Fountain, the Bahamas Out Islands Promotion Board’s executive director, yesterday backed Mr Sands in voicing optimism that the CDC will upgrade The Bahamas to ‘Level 2’ given the rapid decline in reported COVID cases.

“I think it’s a big deal for everybody,” he said of Canada’s re-opening. “The recovery has basically been driven by traffic coming from the US and, to a lesser extent, parts of the UK and Europe since last fall. It’s [Canada] not just coming fully open but it’s also happening at the right time.

“We’re still in mid-February and have a long winter to go. It provides Canadians with more options and The Bahamas as a vacation choice.” Mr Fountain said a further positive impact is the easing of Canadian COVID testing requirements to give its citizens the option of a cheaper, more easily accessible rapid antigen test to return home.

“We all think of the friction and inconvenience of testing,” Mr Fountain added. “Prior to this announcement Canadians returning home were required to take a PCR test. Now they can take a rapid antigen test, costing between $20-$40, as opposed to a $150 RT-PCR test.

“It just makes travelling to The Bahamas, whether its New Providence, Grand Bahama or the Out Islands, more hassle free and more affordable.” As for the UK, the promotion board chief said its opening up was vital to providing a gateway for Germans, French and other European nationalities to visit The Bahamas.

Mr Fountain said Europeans tended to be the “7 percent of visitors who come and stay 10-12 nights” at Family Island resort, making them a significant contributor to financial stability at these properties.

He added that the Bahamas Out Islands Promotions Board was also working on initiatives, such as air ticket credits, to “take particular advantage” of the number of Europeans who vacation in Florida annually and encourage them to spend at least part of their holiday in The Bahamas.

I would not get overly excited about a relaxation of the rules for returning Canadians. They first have to find somewhere in Canada where they can get a Rapid Antigen Test to ENTER The Bahamas. Speaking to Canadians today there are massive shortages of these tests and average cost,if available, ranges from $100-$200 and results can take up to 48 hours for the written result. . Then they have to scan it to Nassau for our Health Visa which is cumbersome. Confirmation time varies from a few hours to 2 days for the Visa. . And they have to be in Nassau by the third day!. Mostly impossible. Whoever dreamed up these rules they are a complete failure to attract visitors. Even our regular winter residents cannot get here in the short time limits. The whole situation with the Visa and tests should be abolished immediately if we are ever to get back to pre-Covid numbers. Where is the common sense?

just back from Toronto 2 weeks ago, getting a Rapid Antigen test is quick and easy contrary to your suggestion. Shoppers mart downtown Eaton Centre Mall. 20$ and 15 mins you are done . Absolutely no problem getting RAT in Toronto.