S&P: ‘No material effect’ for Bahamas from FTX 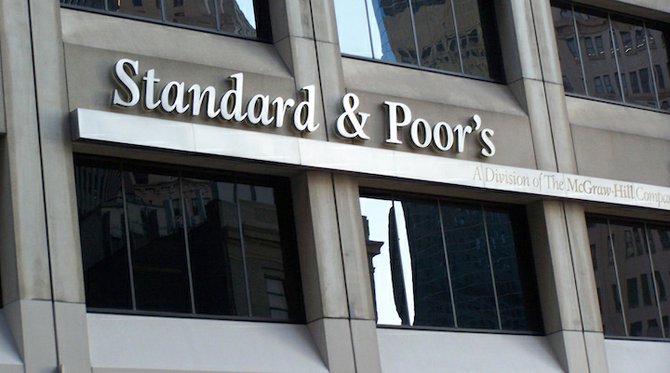 Standard & Poor’s (S&P) yesterday gave The Bahamas “breathing room” by maintaining its existing sovereign credit rating while predicting that FTX’s implosion will have “no material adverse impact” for the country.

Simon Wilson, the Ministry of Finance’s financial secretary, told Tribune Business that the credit rating agency’s verdict in electing not to follow last month’s Moody’s downgrade “creates a platform for us to go forward” and space for the Davis administration to prove it can execute its fiscal goals and targets.

S&P, in upholding The Bahamas’ existing ‘B+’ credit rating and ‘stable’ outlook, justified its action based on the strength of tourism’s post-COVID rebound and the increased economic growth and tax revenues this will drive. The latter, combined with the end to COVID-related spending, is anticipated to produce “smaller fiscal deficits over the next 12 months”.

This, S&P added, will produce continued but “decelerated” growth in The Bahamas’ $11bn-plus national debt. However, echoing Prime Minister Philip Davis’ warning that the country “is not out of the woods yet”, the rating agency cautioned that slowing global growth could impact the Government’s achievement of its fiscal deficit and debt reduction targets.

Mr Wilson last night said the S&P action was merely “the start” of efforts to reverse rising deficits and debt, with the former peaking at more than $1bn during the height of the COVID-19 pandemic. While the Government “can’t sit here and celebrate”, the rating agency’s decision represents some modest positive news and at least halts the cycle of consistent annual sovereign creditworthiness downgrades from both S&P and Moody’s.

Describing the development as “OK news”, given that The Bahamas now has to focus on getting its creditworthiness upgraded and escaping the ‘junk’ status it still holds with both rating agencies, Mr Wilson told this newspaper: “It does provide breathing room. It creates a platform for us to go forward.”

The negative consequences of any further S&P downgrade, which have been avoided for likely at least another year, would have been a potential increase in the Government’s borrowing costs on the international capital markets - which it is seeking to avoid tapping during the 2023-2024 fiscal year.

Investors would have likely sought higher interest rates on Bahamian sovereign debt to compensate for the extra risk due to the Government’s further loss of creditworthiness. And this, in turn, would have led to higher debt servicing costs ultimately paid by the Bahamian taxpayer.

But, when asked whether S&P’s actions would lead to an easing of The Bahamas’ borrowing costs, Mr Wilson said no - because the discounts and higher yields being demanded by international investors have already begun to ease.

“Our bond costs have been going down because of things we have been doing in terms if outreach,” he disclosed. “We did a market outreach in October, but there’s still more work to be done.” Mr Wilson said The Bahamas’ foreign currency bond that was due to mature in 2024, and which had been “causing the most trouble and inverted the yield curve”, had improved by 680 basis points (6.8 percentage points) since that October reach-out to investors.

The improvement, when measured from that bond’s August 2022 low, was 1,270 basis points (12.7 percentage points). Tribune Business research showed that this was mirrored by other long-term Bahamas government bonds which are traded on global stock exchanges.

The $825m bond, due to mature in 2032 and priced at 8.95 percent at when it was placed at COVID’ peak in 2020, closed yesterday at just a 28.8 percent discount to its face value on the Frankfurt Stock Exchange. It had been trading at around a 45 percent discount in mid-August 2022, and the yields demanded by investors have dropped from a peak of around 18-19 percent to 15.05 percent.

Similarly, the $300m bond placed at 6.95 percent pre-Dorian, and due to mature in 2029, closed yesterday at a 34.5 percent discount to face value having dropped by close to 50 percent in August. The yield being sought by investors has also reduced from the 18-19 percent range to 15.684 percent, indicating there is improved investor sentiment towards The Bahamas after its bonds were recently trading at distressed debt levels.

“It’s a significant decline,” Mr Wilson told Tribune Business of the 2024 bond. He added that S&P’s action, in maintaining its existing rating and outlook on The Bahamas, will further boost investor sentiment towards the country. “I think from a confidence perspective it’s very important,” he said. “It’s the start. There’s more work to be done, and we can’t sit here and celebrate. We have to maintain it.”

S&P’s verdict provides a timely, albeit, modest boost for both The Bahamas and the Davis administration. Having last week announced what the Prime Minister termed as the lowest first quarter deficit in more than a decade for the 2022-2023 fiscal year, the Government will likely seize on it as vindication that its economic and fiscal policies are on the right track and that it is starting to rebuild investor confidence and credibility.

Tribune Business understands that government officials last week hinted at a briefing for brokers, commercial banks and major Bahamas-based holders of the Government’s debt that S&P was unlikely to follow Moody’s in downgrading the country’s credit standing. Moody’s decision was based on concerns that the Government’s access to borrowing was being squeezed by rising global interest rates and the country’s own increasing debt costs.

S&P, though, focused more on The Bahamas’ economic fundamentals and said the FTX crypto currency exchange’s implosion will not create “material” negative effects for the Bahamian economy. “The stable outlook reflects our view that economic growth will support government revenues and reduce pressure on government expenditures, leading to smaller fiscal deficits over the next 12 months,” the rating agency said.

“The stable outlook also assumes no material adverse impact on The Bahamas, including to the local banking sector, from the recent bankruptcy of FTX, a crypto currency exchange with a presence in the country. We expect continued, but decelerating, growth in the national debt. We expect the country’s relatively large financing needs will be met by the domestic market and multilateral lenders.”

Turning to the bigger picture, S&P added: “The Bahamas economy is recovering after two successive exogenous shocks, led by a strong rebound in tourism and the Government’s fiscal balances are returning to pre-pandemic levels.

“Nevertheless,the country faces challenges as global growth slows, which could delay the Government’s realisation of its fiscal and debt targets. Furthermore, external financing risks remain elevated for The Bahamas, but a large domestic financial sector and multilateral external funding should mitigate this risk.”

And, looking at what could improve The Bahamas’ creditworthiness as well as spark further downgrades, S&P analysts said: “We could lower the ratings over the next 12 months should economic performance lag, pointing to GDP per capita remaining below our expectations. We could also lower the ratings if we believe that The Bahamas’ access to external liquidity will deteriorate sharply and suddenly.

“We could raise the ratings over the next 12 months if the Government advances faster than we expect to establish a track record of enacting meaningful financial reform, demonstrating an ability to raise revenues and leading to sustained near-balanced financial results and improved economic prospects.”