‘Enter country the right way or be repatriated’ 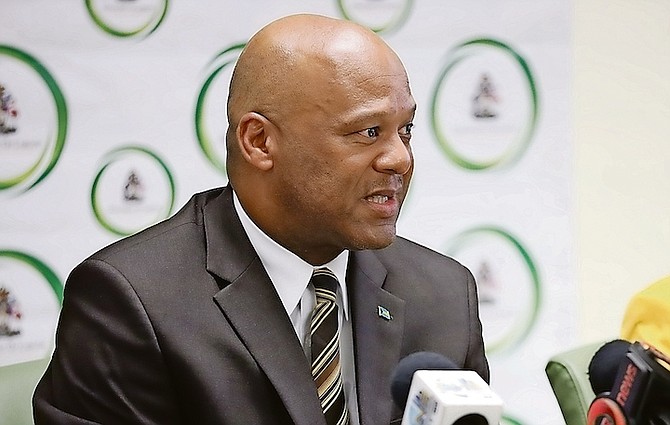 AMID reports of United Nations officials calling for deportations to Haiti to stop, Immigration Minister Keith Bell said yesterday any undocumented migrants wishing to come here should apply to enter The Bahamas the “right way” or they will be repatriated.

He spoke after a press release was issued by UN High Commissioner for Human Rights Volker Türk on deportation of Haitians from Dominican Republic on November 10, where he maintained that countries in the region should not repatriate Haitians back to Haiti.

Mr Türk said at the time, “A week ago, I called for deportations to Haiti to stop, given the human rights and humanitarian crises the country is facing. I am troubled to see that forced returns of Haitians to Haiti from the Dominican Republic are continuing.”

He added: “Unremitting armed violence and systematic human rights violations in Haiti do not currently allow for the safe, dignified and sustainable return of Haitians to the country. I reiterate my call to all countries in the region, including the Dominican Republic, to halt the deportation of Haitians.”

Mr Bell said yesterday at the House of Assembly that as a developing country The Bahamas cannot afford to accommodate the large influx of irregular migrants coming here.

“The reality is that we are a developing country. We, as you all would appreciate, we have a very large influx of Haitian nationals, or I should say, rather irregular migrants, not just from Haiti, but also from Cuba. And there, it’s practically impossible for us to absorb these people into our society,” Mr Bell said.

He added: “For the most part, I can say without fear of contradiction, that persons coming particularly from those areas in the region, particularly Haiti and Cuba, they are not for the most part, refugees, they are economic, irregular migrants, and, therefore, we will take the appropriate action to have them processed and returned to their country.

Mr Bell said that all irregular migrants go through due process and are screened by immigration officials for proper evaluation and assessment.