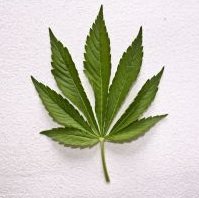 Cannabis reform - ‘get on with it’

MEMBERS of the Rastafarian community say they want the government to stop “dragging their feet” on marijuana law reform, noting the drug, if legalised, could help aid the country’s economic recovery from the COVID-19 crisis.

PRIME Minister Dr Hubert Minnis said he was “very disturbed” that the draft marijuana report was leaked to a local media outlet last month, as he has yet to see the document.

INSIGHT: Why all the rush? As a long-term user, trust me, there’s a dark side to marijuana

I smoked and inhaled my first marijuana joint in 1973 as a young adult. Prior to that I had a disdain for the same and all who were associated with it. No, I am not and have never been a prude nor an overt moralist. I simply do not and still do not believe in the ingestion of mind-altering, self-induced drugs or alcoholic beverages to the point of becoming incapacitated.

BISHOP Walter Hanchell has denounced marijuana decriminalisation, saying it will cause moral destruction, a spike in criminal activity and greater social ills.

THE BAHAMAS National Commission on Marijuana has requested another deadline extension, but hopes this time a report can be submitted before the end of November.

THE Bahamas National Commission on Marijuana (BNCM) is expected to deliver its first draft to the government by April but any implementation concerning the “business of marijuana” could take years, rotarians were told yesterday.

FORMER Bahamas Christian Council President Bishop Albert Hepburn is urging the government not to legalise recreational marijuana – a drug which he claims “will destroy lives”.

IT is “high” time the conversation of marijuana decriminalisation or legalisation be approached intellectually. This has been a subject of recent debate, particularly gaining momentum at the beginning of the year. CARICOM’s regional assessments led to a town meeting over a week ago, where despite a lack representation from the people that oppose marijuana decriminalisation or legalisation, there was still a good turnout as citizens came to voice their opinions on the issue.

A HANDFUL of young Bahamians are hoping to turn their social media traction into a political movement for the decriminalisation of marijuana.

US warns of rise in marijuana cultivation

MARIJUANA cultivation in The Bahamas is on the rise, with 2014 “resulting in the seizure and eradication of more marijuana plants than 2012 and 2013 combined,” according to the United States Department of State International Narcotics Control Strategy Report 2015.

THANK you for this opportunity to announce the formation of Medicannabah – Bahamians for the legalisation of medical cannabis.

Police crack down on marijuana

THE government is cracking down on the use and production of marijuana across the country. Minister of National Security Tommy Turnquest said that while the use of cocaine - which rose to epidemic proportions in the 1980s - has substantially fallen off, the use of marijuana has grown, especially among young people.