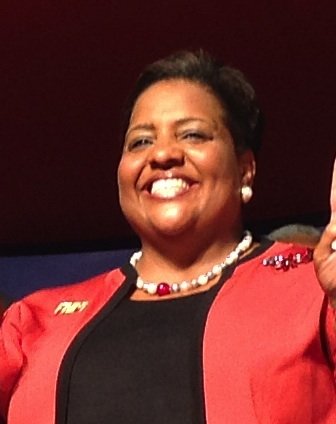 THE Free National Movement leadership contenders this morning remained calm and composed as delegates began the process of deciding whether Dr Hubert Minnis and Loretta Butler-Turner should be charged with the party’s fortunes and direction at the Holy Trinity Convention Centre.

'Alarming depreciation in respect for women'

The Women’s Association of The Free National Movement has written an opinion piece/letter for publication:

The US Justice Department will not challenge a Court of Appeal verdict over more than $8 million that once belonged to convicted ‘con man’, Derek Guise Turner, allowing Loretta Butler-Turner’s family and other defrauded Bahamian victims to determine how this sum is to be distributed.

Butler-Turner hits back at Christie

OPPOSITION MP Loretta Butler-Turner yesterday claimed that the Christie administration has to date shown gross incompetence in the handling of the referendum that seeks to regulate the numbers racket.

FNM Deputy Leader Loretta Butler-Turner strongly denies the growing report that the party is facing “internal friction” over its leadership.

'FNM deserves thanks for employment figures'

THE FNM are to be thanked for the promising employment numbers revealed last week, opposition deputy leader Loretta Butler-Turner said.

FNM deputy leader Loretta Butler-Turner hit out at the prime minister for his “disrespectful” comments in response to her criticism of the government’s seemingly close relationship with investor Phil Ruffin.

DEPUTY FNM leader Loretta Butler-Turner has lashed out at international casino mogul Phil Ruffin, telling him to keep his nose out of Bahamian politics.

DEPUTY leader of the Free National Movement Loretta Butler-Turner praised the founding fathers of the party at a service commemorating the 20th anniversary of the FNM’s first electoral victory on August 19, 1992.

THE recently passed amendment to the Immigration act will not only threaten to “dilute the Bahamas’ sovereignty” but will further deprive families of their right to earn money, Long Island Opposition MP Loretta Butler-Turner said yesterday.

FOLLOWING their election loss two months ago, deputy leader Loretta Butler-Turner is calling on FNM members to “look beyond the now” and follow in the wake of the party’s founders by demonstrating they are the party of competence and compassion.

A ROW broke out in the House of Assembly yesterday over who is responsible for assigning security to present and former prime ministers. The argument was started when Long Island MP Loretta Butler

Government called on to pass Bill to help disabled

SPEAKING in the House of Assembly yesterday, Long Island MP Loretta Butler-Turner appealed to the government to pass the Equal Opportunities Disabilities Bill.