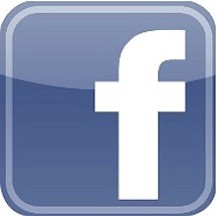 THE Ministry of Foreign Affairs has dismissed a report circulating on Facebook alleging there was a demonstration outside the Bahamas Embassy in Haiti as false. “The ministry advises the general public that this information is false and that there h

THE “Fix Grand Bahama” hashtag is gaining momentum on social media to bring awareness to the depressed economic state of the island. Many persons residing on Grand Bahama are sharing the hashtag on Facebook and asking others to join in.With Grand B

Facebook is reaching another milestone, announcing that it now has more than two billion users.

Facebook says its data can’t be used for ‘surveillance’

Facebook is prohibiting developers from using the massive amount of data it collects on users for surveillance. This includes using such data to monitor activists and protesters.

FACEBOOK is rearranging the notification panel on its mobile apps in an effort to broaden the audience creating, watching and reacting to live video on its social network.