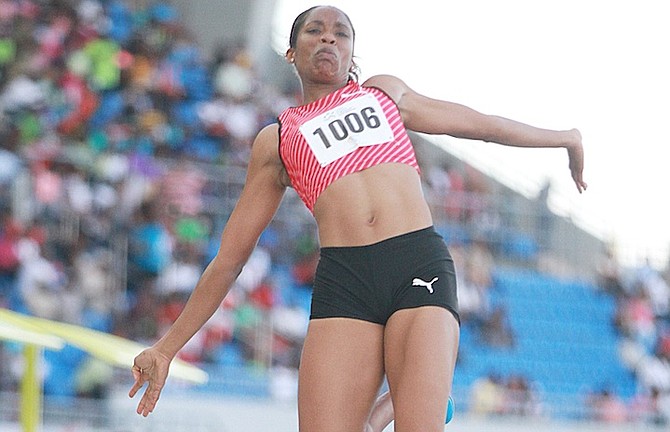 IT wasn’t her best, but women’s long jump record holder Bianca ‘BB’ Stuart was quite content with her performance over the weekend.

NATIONAL long jump record holder Bianca ‘BB” Stuart was one of six per- sons inducted in the Saluki Hall of Fame during a cer- emony at the Southern Il- linois University’s Arena in Carbondale, Illinois on Friday night.

THERE were at least six world- leading marks posted - albeit two were wind-aide - at the second Chris Brown Bahamas Invitational which returned with a bang at the Thomas A Robinson Track and Field Stadium on Saturday.