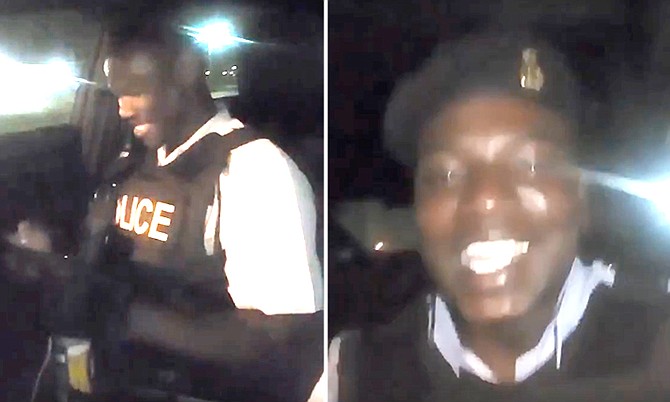 Stills from the video featuring the two officers.

THE two officers caught drinking on video while riding in a police squad car were demoted, according to an order obtained by The Tribune yesterday.

TWO officers caught on video riding in a police squad car, one holding a bottle of Kalik while they appeared to ignore a call from the Police Control Room, have been suspended, Senior Assistant Commissioner of Police Stephen Dean said yesterday.