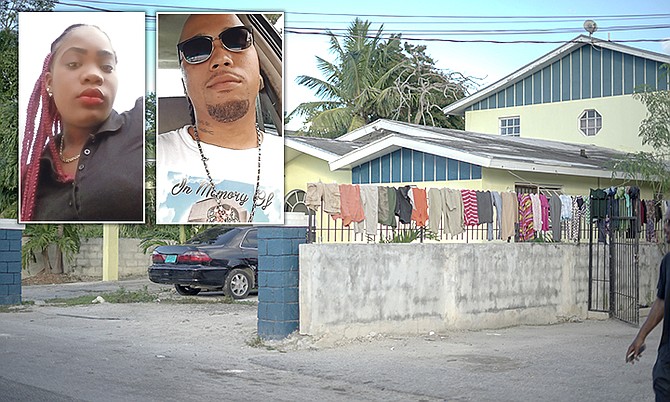 Kevisha Kerika Richards and James Johnson (inset) were shot in front of this home.

Man charged with murder of couple

A 33-year-old man was charged in a Magistrate's Court yesterday with the murders of a couple who had just pulled up to an apartment in the Joan’s Heights area earlier this week.

Ferguson defends crime record but warns: Be careful about company you keep

AFTER three double homicides in as many weeks, Commissioner of Police Anthony Ferguson issued a blunt warning to Bahamians yesterday: “Be careful with the company you keep.”

Couple slain as they arrive home

A MAN and a woman were shot dead in the Joan’s Heights area early yesterday morning, marking the third double homicide in New Providence this month. The incident, which some neighbours speculated was a “targetted crime,” occurred just after midnight on Tuesday.

Police should not arrest these streetpunks, just shoot them on the spot and let the buzzards pick up the pieces.