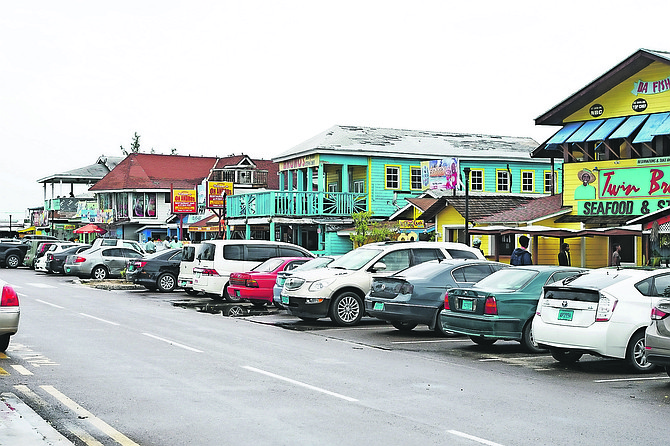 FISH Fry at Arawak Cay will go back to late hour service in the New Year as demand picks up.

The Arawak Cay Association’s president yesterday said his member vendors “cannot take our eyes off” COVID-19 despite being allowed to return to near normality by the curfew’s push back to a 12pm start.

Dames highlights decline in crime despite latest US travel advisory

IN the wake of the US Department of State releasing a travel advisory on Monday, National Security Minister Marvin Dames yesterday highlighted the decline of crime in The Bahamas.

ARAWAK Cay vendors yesterday hit back at a “double whammy” of crime warnings by accusing a major cruise line of “getting it all mixed up” and hurting their businesses.

A major cruise line yesterday “blindsided” a Cabinet minister by warning its passengers that the Arawak Cay Fish Fry was a “particular area of concern” for crime.

PROGRESSIVE Liberal Party Leader Philip “Brave” Davis and PLP supporters visited the Fish Fry at Arawak Cay yesterday with a clear message to emphasise: the area is safe and Bahamians should come down to support local businesses.

THE president of the Arawak Cay Conch, Fish, Vegetable & Food Vendors Association Rodney Russell yesterday doubled down on his assertion that the group warned the government about crime threats at the Fish Fry, telling The Tribune officials “hid from the truth.”

Fish Fry ‘no go’ zone in US alert

THE US State Department released an updated travel advisory for the country yesterday, telling its citizens to stay clear of popular cultural restaurant hub the Fish Fry at Arawak Cay at night.