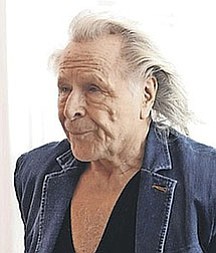 Three Bahamian attorneys have acted to prevent Peter Nygard fleeing The Bahamas without paying a collective $14m legal bill for representing him in multiple court cases.

‘Nygard left and won’t come back’: Commissioner says police spoke to billionaire but he refused to cooperate

POLICE Commissioner Paul Rolle said yesterday that officers visited Peter Nygard’s home in Lyford Cay last year as a part of an investigation into sexual assault allegations made against him but found that he had already left the country.

A COMIC'S VIEW: It’s time we rid The Bahamas of this modern-day vampire

When I read an article in this week’s Tribune, in which Canadian billionaire and fashion magnet Peter Nygard, claimed to be the victim of a ‘conspiracy’ I almost expired from the fit of laughter that over took my entire body.

Nygard - ‘jail him for nine months’

A SAVE the Bays lawyer argued yesterday that Canadian fashion mogul Peter Nygard should spend nine months in prison for his latest contempt of court conviction. Justice Ruth Bowe Darville is expected to rule on that today.

AN attorney for Canadian fashion mogul Peter Nygard yesterday defended his client’s recusal motion against claims its ulterior motive was to derail proceedings against him.

PETER Nygard has filed new court action in the United States against Lois Bacon, according to US reports.

THE sentencing of Canadian fashion mogul Peter Nygard on contempt charges was adjourned on Friday to give his attorneys leave to file a recusal application against Supreme Court Justice Indra Charles.

A SUPREME Court judge has found Canadian fashion mogul Peter Nygard guilty of contempt of court for the third time for breaching her order prohibiting him from engaging in any illegal dredging near his property in Lyford Cay.