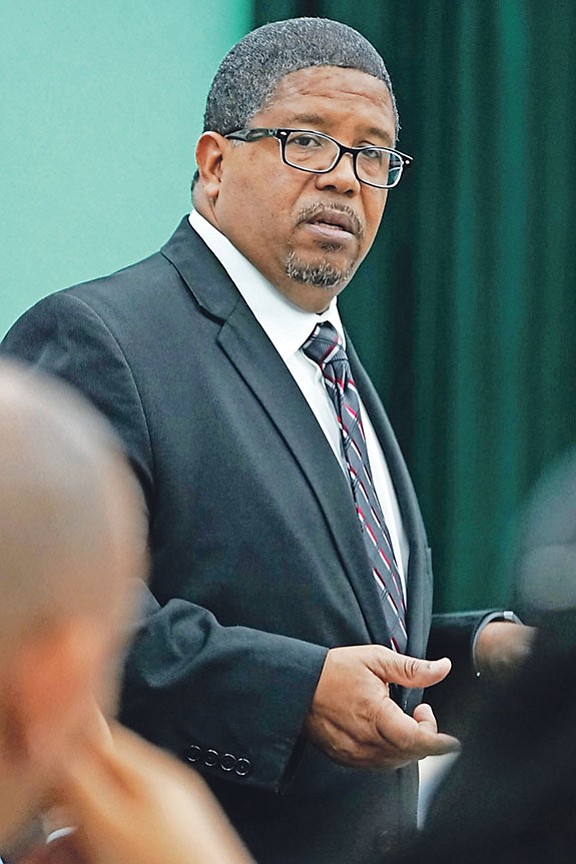 OECD/EU: Lawsuits over tax breaks end are ‘your problem’

The Bahamas would have been “blacklisted” had it insisted on existing foreign investors fully enjoying their preferential investment incentives, the deputy prime minister revealed yesterday.

The Bahamas’ bid to secure a longer investment transition period than three years was blocked by the European Union (EU), which had demanded these incentives be ended in six months.

The Government has presented the European Union (EU) and OECD with the draft Bills designed to address their concerns over The Bahamas’ ability to combat corporate tax evasion.The Ministry of Finance, in a statement yesterday, said KP Turnquest, depu

The Deputy Prime Minister is arguing that The Bahamas has relatively few money laundering prosecutions because its regulatory regime is successfully deterring financial criminals.Flipping a key aspect of the Financial Action Task Force’s (FATF) ratio

Business easier in Gaza than Bahamas

The deputy prime minister yesterday pledged “drastic improvement” after the World Bank concluded it was easier to do business in the war-torn West Bank and Gaza Strip than The Bahamas.KP Turnquest, pictured, told Tribune Business that planned reforms

DPM: Full VAT impact may not be till new year

The Government “may be a little behind” its 2018-2019 fiscal projections, it was revealed yesterday, with the full VAT rate hike impact not felt until the New Year.KP Turnquest, pictured, deputy prime minister, told Tribune Business that the Ministry

The Deputy Prime Minister has urged top IMF officials to play a greater role in developing “objective” standards for assessing the Caribbean’s efforts to combat financial crime and tax evasion.K Peter Turnquest, pictured, made his call during an Octo

The Government is targeting 2.5 percent GDP growth as a “reasonable” short-term goal, asserting that the IMF’s recent assessment is “a boost of confidence” for its economic plans. KP Turnquest, deputy prime minister, told Tribune Business in a recent

DEPUTY Prime Minister Peter Turnquest this week opened the Grand Bahama Cooperative Credit Union’s newest branch office in the Port Lucaya Marketplace.He said the company’s decision to open a second branch signals not only an expansion for the compan

THE government intends to create a single digital ID for citizens of The Bahamas to make online access to services seamless and more efficient to reduce government cost, Deputy Prime Minister Peter Turnquest revealed. The government will be seeking a

THE worth, marketability and sustainability of aragonite is still unknown, Deputy Prime Minister K Peter Turnquest said yesterday.While speaking to reporters outside Cabinet, Mr Turnquest was asked what the government is doing to generate revenue thr