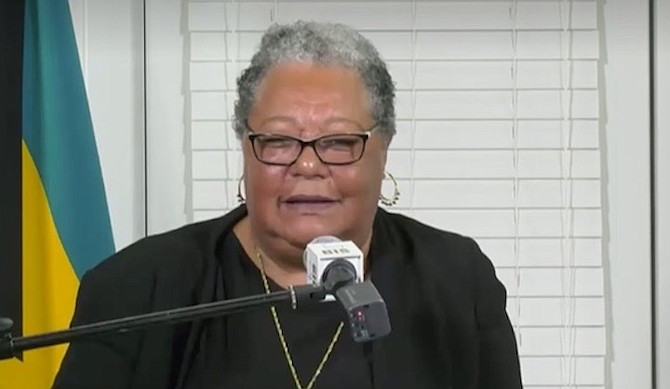 WE DID OUR BEST - NOW TRUST US: Minnis defends handling of crisis as Dahl-Regis to advise on vaccinations

PRIME Minister Dr Hubert Minnis last night defended his government’s handling of the COVID-19 crisis - and announced that Dr Merceline Dahl-Regis will chair a consultative committee to advise the Ministry of Health on a vaccination plan.

MORE than two dozen Bahamians have been recognised in Queen Elizabeth’s 2021 New Year’s Honours list for their outstanding service to the country, with health consultant Dr Merceline Dahl-Regis leading the list.

THURSDAY EVENING UPDATE: BAHAMASAIR Chairman Tommy Turnquest said all Mexicans who arrived in the country Thursday to do construction work at the Baker’s Bay resort in Abaco had negative COVID-19 tests from an accredited lab. Their tests, he said, were taken within the required ten day period. He spoke to The Tribune after top health officials expressed uncertainty about the test status of the workers during a Ministry of Health press conference.