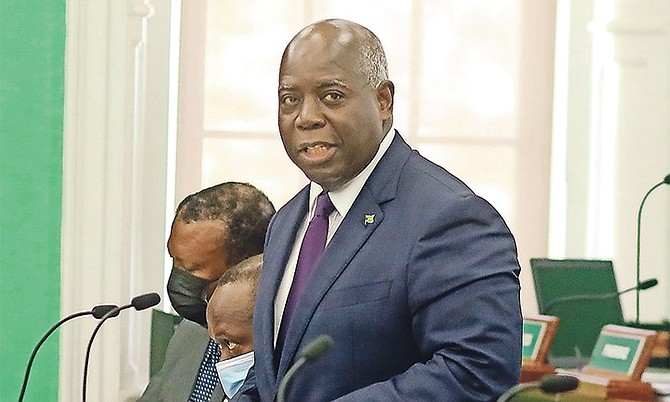 LOCKDOWNS for North and Central Andros and Cat Island have been extended for an additional seven days, the Office of the Prime Minister announced yesterday.

Concern over delay in police inquests

PROGRESSIVE Liberal Party Leader Philip “Brave” Davis said Coroner’s Court inquests into police-involved killings – which have been halted since March 2020 because of COVID-19 – must quickly resume.

AFTER weeks of being prey to online political mischief, the Progressive Liberal Party is fighting back and its leader, Philip “Brave” Davis has written to Facebook’s headquarters to have it stopped.

THE Progressive Liberal Party wants the government to adopt new COVID-19 prevention measures that allows for more virus testing and isolation to help prevent a third wave in the country.

Davis: No talks with Bimini MP

PROGRESSIVE Liberal Party leader Philip “Brave” Davis said yesterday he has had no discussions with West Grand Bahama and Bimini MP Pakesia Parker-Edgecombe about her joining the PLP.

The prime minister last night slammed as “absolutely untrue” assertions by the opposition’s leader that The Bahamas is headed for an International Monetary Fund (IMF) supervised restructuring.

PLP aims for complete slate of candidates by end of month

PROGRESSIVE Liberal Party leader Philip “Brave” Davis said the PLP hopes to ratify all its candidates for the next general election by the end of this month.

OFFICIAL opposition leader Philip “Brave” Davis says there are “a lot of issues” surrounding how public funds have been spent during the Minnis administration’s term in office that need a closer look.