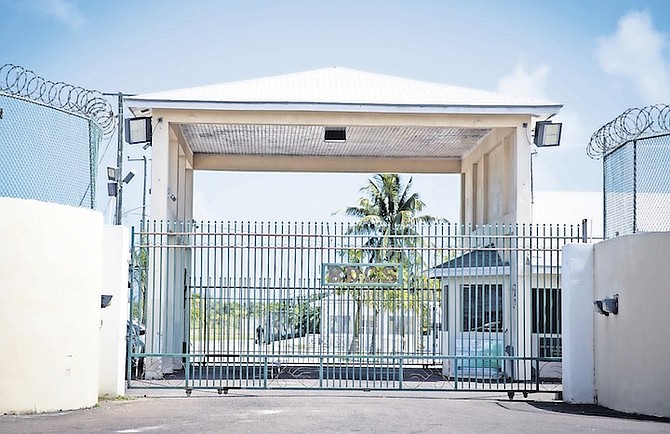 THE recidivism rate at the Bahamas Department of Correctional Services currently stands at 18 percent, according to National Security Minister Wayne Munroe yesterday.

NATIONAL Security Minister Wayne Munroe says he has not yet seen an official report that focuses on the circumstances surrounding the death of prison inmate Mikhail Taylor last November.

PASTOR Carlos Reid has described the government’s newly announced Second Chance jobs programme as a “past due” initiative, one he believes that could spark a decline in the recidivism rate among offenders.

MORE than three months after correctional officers demonstrated over long standing issues, they say their concerns have not been addressed, raising the possibility for further industrial action.

FRONT PORCH: Mercy is a gift from God which we should not be afraid to give

We boast of ourselves as being a deeply Christian society, a people of faith in a God who sets captives free, whether a people in slavery or a fellow prisoner on the cross being crucified through the penalty of death.

CORRECTIONS Commissioner Charles Murphy has denied that inmates at the Bahamas Department of Correctional Services are treated unfairly and inhumanely.

THE latest US State Department Country Report on Human Rights Practices highlights poor prison conditions and the mistreatment of migrants in The Bahamas, revealing in one instance of a prisoner being beaten and requiring surgery.

INSIGHT – BEHIND THE WALLS: An ex-con and his 15 years in Fox Hill prison

The familiar scent of human filth permeating the air is what Charles Rolle remembers as a constant during his 15-year stay at the Bahamas Department of Corrections (BDC).