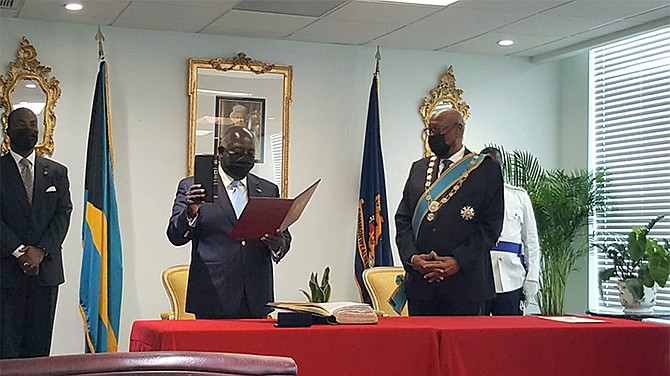 PHILIP Edward Davis, Leader of The Progressive Liberal Party, was sworn in as the fifth Prime Minister of The Commonwealth of The Bahamas Friday.