PLP promises ‘pie in the sky’ 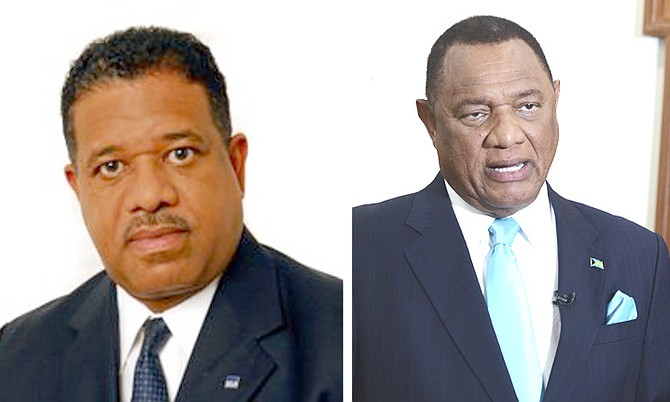 FORMER Progressive Liberal Party MP Philip Galanis yesterday said the country has got worse over the past three years under Prime Minister Perry Christie’s leadership, adding that the nation’s leader has some questions to answer as to how he can make things better.

Mr Galanis also said the PLP “oversold” on its election campaign pledges, adding that it made “pie in the sky” promises like being ready on day one to curb crime and producing 10,000 immediate jobs.

He called on the party to be honest about its shortcomings or face the possibility of losing the next general election, but stressed that it is not too late for things to get better.

His comments came during his appearance on Star 106.5 FM’s radio talk show “Jeffrey” with host Jeff Lloyd. This came a day after State Minister for Investments Khaalis Rolle said the country is “in a mess by many measures”.

“The PLP came to government on a tremendous high and expectation that we would do a lot in a very short period of time,” he said. “I think we oversold what we could actually do because many of the things we said we would do, we didn’t do – we couldn’t do – because the money wasn’t there. Circumstances didn’t allow. Some of the things we promised were just too pie in the sky, let’s be honest.

“If we’re not honest then we can’t really benefit from that honest confession about what has to be done, what could be done, what needs to be done differently next time. We’re dealing with an intelligent electorate and they are going to say, ‘you fooled me once, shame on you, you fool me twice, shame on me,’ and they’re not just going to accept any platitudes and promises, however well sounding they may be just because we come with them, particularly in light of the performance record in the last three years.

“I believe it’s important Mr Christie be tested (at the party’s November convention) because he needs to answer some questions about what it is that he’s going to do. What is he going to do differently that’s going to help us get out of this mess? Where is the vision? What is the plan? If we continue to present the same tired, stale positions, policies and platitudes that we have put to the people before going to the convention, and we present that to them after the convention, we’re not going to win. If we’re not going to make some really tough decisions as to who our candidates are going to be, we’re not going to win…10,000 jobs in the first year, that was certainly pie in the sky. Even if you expected Baha Mar to come on, though certainly not in the first year, that’s still a pie in the sky promise. And that we would be ready to address the growth of crime on day one, that was pie in the sky. The PLP and the FNM, we made the mistake of politicizing crime. It ought not to be.”

“I’ve seen how things have proceeded in the last three years. Things have gone downward under Mr Christie’s leadership. The country has gotten worse. That doesn’t mean it can’t get better. I’ve also said publicly that we have about six to eight months to get better. In May 2012, the PLP won the election by 48 per cent. We won by a minority of voters. DNA and FNM together won 50 per cent. Anyone running for PLP has to convince me, how are we going to turn that statistic around?”

He asked the host not to ask him about others.

When asked whether he would support Mr Roberts if the party chairman makes a bid to retain that post, Mr Galanis said it depends on the qualities of those who may challenge him.

“Mr Roberts has not asked me for my support,” he said. “Perhaps he doesn’t feel the need to or he doesn’t want it. In fact, someone told me to wear a bullet proof vest when I stand next to him.”

He added: “We want the best person. I think we can find out there are other people who are equally as good if not better. The role of the chairman over the next six months is going to be vital in terms of (making sure) everything is operating properly. The optics of having a seventy-something-year-old man against young people in the FNM and DNA – doesn’t look good for a party that says it wants to represent the future and be for young Bahamians.”

And what exactly does Galanis think Davis, Mitchell or Wilchcombe will do for the optics? Smdh.

really what is the xeno phobe commie fred mitchell gonna do for us?

Both Galanis and Christie should be locked away in a dark dungeon and have the key thrown away.

Sometimes I wake up in the morning feeling quite cheerful and then I remember the PLP is still in power.

Jokes. Two PLP pinheads. Galanis and Ortland are Brave operatives looking to help him take over the PLP criminal enterprise.

The role of the Chairman may come to a sudden stop when AMG decides to whistle a tune about BEC.

Lol. Pie in the sky lol. That made my day. The only ones who going to be economically effected in a posative way are the foreigners, family and friends.

I think Phillip Galanis realize this ship is sinking like the titanic and decided to jump over board before it sinks!! what that being the last resort. I think that was start lol. This November is gonna be hottttt

Better if PGC stays on as Capt. of the SS PLP.....then when he sinks he takes the boat and the crew with him!