Noting Mr Jean-Charles had been detained for "more than three months," Amnesty said in its statement: "The organization is concerned that Jean Rony Jean-Charles’s whereabouts remain unknown and his lawyer has been denied access to the detention centre where he was being held.

"Bahamian authorities later informed that his was 'deported' to Haiti. Based on the information available to Amnesty International, Jean Rony Jean-Charles is either in incommunicado detention, itself a form of ill-treatment, and at risk of arbitrary expulsion, or has been expelled to a third country and is therefore at risk of statelessness," the statement continued. 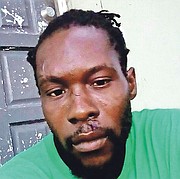 "We urge the Bahamian authorities to immediately grant Jean Rony Jean-Charles unrestricted access to his lawyer, and to provide his family with immediate information about his whereabouts."

The Supreme Court this week gave the government until December 19th to produce Mr Jean-Charles and provide evidence justifying his detention or be held in contempt of court.

In an interview with The Tribune, Mr Smith said no one in the Bahamas should just “disappear” and the family of Mr Jean-Charles needs to know “where he is and if he is alive”.

“So essentially the government has been ordered to produce the body of the person in custody, which is Mr Jean-Charles, and they have to justify the detention or release him,” Mr Smith said.

“So two things have to happen, they are required to bring Mr Jean-Charles and prove they had the right to hold him. If they do not comply with the writ they have to explain to the court with evidence what has happened to him.”

On Wednesday, Director of Immigration William Pratt told The Tribune Mr Jean Charles has been flown to Haiti. Mr Pratt said Mr Jean-Charles was sent to Port au Prince, Haiti on November 24 after not being able to prove he was in the country legally.

However, representatives from the Haitian Embassy told The Tribune they have no record of Mr Jean-Charles being repatriated.

When contacted Kerl Chatelier, first secretary of the Haitian Embassy, said when the Immigration Department is sending suspected illegal immigrants back to Haiti his embassy is notified of the individuals involved.

“In the case of Jean Rony Jean–Charles we don’t know anything about him. His name is not on the list,” said Mr Chatelier.

The Bahamas Department of Immigration is a national embarrassment.

perhaps the immigration dept beat this man a little too hard.

remember the corruption here is systemic, and ingrained in the DNA of our people.

Our people are some of the worst people you can find in any country , just nasty, lazy useless, violent people.

We are now showing our true colours, we are run as poorly as any other black run country in the world.

I'm ashamed that there are no examples of a decent black run country. What will I say to my kids as they grow up; do I just tell them that our people "cant do anything right"?

That's a little harsh i would say....Many countries are still suffering from past transgressions. The race running it has little to do with the success of its operations. By the way, I never felt America was ever run better than when Obama was in charge.

This trouble-maker was detained and repatriated ........ send Amnesty to Haiti to interview him.

This is a weird story. They are introducing the CEB into this system with rosy pictures of a 14 day turnaround on permits? Backwards. Fix the current process first. Stop the influx of illegal migrants, regularize those who are here. Issue residency to those over 30 years, work permits to those over 10years, everyone else goes, clean up the shanty towns before east, south and central Nassau sinks from sheer overcrowding,