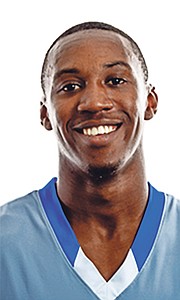 AN NCAA Division I programme will be the next step in the progression of the basketball career of Jaron Cornish.

Cornish will debut for the Stony Brook Seawolves this fall as a junior college transfer, highlighting the programme's 2017 recruiting class.

"We are very excited to add Jaron to our basketball family," said Seawolves head coach Jeff Boals. "He is a great addition to our team and the Stony Brook community. He will add great depth to our guard spot after graduating three starters from this year's team."

As a sophomore, he averaged 18.7 points and 4.5 assists per game on 42 percent from three point range. While leading his team in nearly every offensive category, Cornish was also one of the top players in the NJCAA and ranked in the top 50 Division I JUCO players in the nation in free throws made, made free throws per game, total points, steals and points per game. Cornish tallied 11 20-plus point games last season.

Seahawks head coach Bob Starkman said Stony Brook is getting a great player: "He is one of the nicest, hardest working players I've ever coached. He has done everything I've asked and it has paid off for him."

Cornish a native of Abaco, rose to national prominence with head coach Wayne Adderley's Agape teams which reached a Hugh Campbell Final Four for the first time in school history in 2013.

From there, he spent his final two years of high school at Champagnat Catholic High School in Hialeah, Florida. Alongside fellow Bahamians Nashad Mackey and Oswald Parker, he helped lead the Lions to statewide recognition.

Cornish averaged 17.5 points, six assists and five rebounds per game as a senior as the Lions finished the season at 26-2 and lost in the Regional Semi-finals of the Florida High School Boys FHSAA basketball tournament.

He was also named to the Miami Herald's All-Dade first-team.

Stony Brook finished the 2017 season with an 18-14 record and in the post season, lost in the opening round of the CBI. In 2016, they reached the NCAA Tournament for the first time in school history.