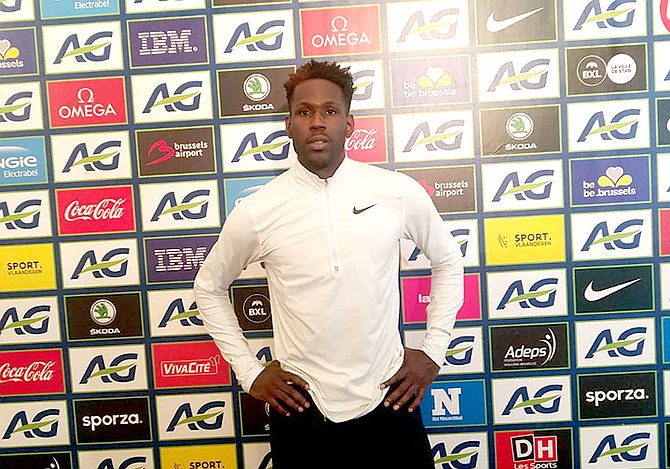 BRUSSELS, Belgium: It wasn't the performance he anticipated, but Bahamian Donald Thomas was still satisfied with a fifth place finish, leaping 2.29 metres or 7-feet, 6-inches in the men's high jump at the IAAF's 2018 AG Memorial Van Damme Diamond League Final at the King Baudouin Stadium.

He came back and nailed his second attempt for third place.

"It was a very competitive competition. I was a little disappointed. I should have taken the victory," said Thomas, who earned $5,000 for his effort. "It's on to the next one (competition at the IAAF Continental Cup)."

Australia's Brandon Starc won the title with 2.33m (7-7 3/4), beating out Germany's Mateusz, who had to settled for second at the same height on more knockdowns. Third place went to Italy's Gianmarco Tamberi with 2.31m (7-7).

Thomas' season is not done yet as he and Shaunae Miller-Uibo, winner of her second straight Diamond League 200m, will head to Ostrava to  represent the Americas team at the IAAF Continental Cup from September 8-9 in Ostrava, Czech Republic.

Thomas said he intends to redeem himself and close out the year on a high note.