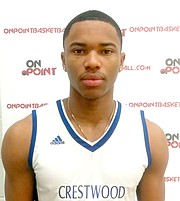 WHEN the Florida Gulf Coast Eagles take to the court for the 2021 season, Franco Miller Jr could have an immediate impact with the programme.

Miller has been granted an NCAA waiver for immediate eligibility and will not have to sit out a season after he transferred from Ole Miss to FGCU in June.

“Having Franco be immediately eligible is a big boost to our line-up this season and adds another veteran player who has experience in high-level competition,” said Eagles head coach Michael Fly.

“As a mature player, this announcement helps Franco stay in his basketball timeline without being away from game competition for a year and strengthens our backcourt for the foreseeable future when you look at our roster make-up.”

Miller’s tenure with the Rebels came in March when he announced he would be leaving the programme. He will have three years of eligibility remaining in his NCAA career.

“The three years of eligibility was huge for us. We were looking at other transfers who had one year as well but Franco having three was a factor. We think it gives him time to join the programme and get his feet wet and really contribute in big ways over the course of his time with us. His addition should strengthen our backcourt for the foreseeable future in combination with our other newcomers and young players.”

Fly told Screecher Report in their Summer Flyer/Fresh Faces Series: “We think he can play both positions (PG and SG/Wing). In high school he was a scoring combo guard and we think he can get back to that. He’s got a pure shooting form. We’ll see, when we get the guys back [on campus], how he does with the ball in his hands and taking charge of the offence vs how he does without it.”

According to the Eagles, Miller becomes the sixth newcomer for the Eagles roster heading into the 2020-21 season, joining four early signees and one graduate transfer. The Eagles will return 70 per cent of its scoring back in the line-up along with seven players who saw significant action in 25-or-more games during the 2019-20 season.

“There’s a recruiting ban on guys right now and for the foreseeable future. We weren’t able to truly scout [Franco] in a traditional way. We watched all the high school tape we could. Actually, coach Davis’ staff at Ole Miss sent us practice tape of him so we could evaluate him more. They were extremely complimentary of him on and off the court. We do a lot of our recruiting based on connections we have made and continue to make and we have a great relationship with his prep school and coach Davis’ staff. We are excited to add a student and player of Franco’s calibre to our programme. He is an experienced guard who can play the point guard position or slide over to the wing as a scorer.”

FGCU competes in the Atlantic Sun Conference. They come off a 10-22 season that concluded with a loss in the quarter-finals of the conference tournament. FGCU is best known for their run in the 2013 NCAA Men’s Division I Basketball Tournament, their first since moving up to Division I. They became the first 15th seed to advance to the Sweet 16.

Miller had his true freshman season in 2018-19 cut short due to a stress fracture in his kneecap that eventually led to surgery. He was granted a medical redshirt. In 2019-20 campaign, he played sparingly as a redshirt freshman and appeared in just 13 games.

In those few appearances, he reached double figures in minutes just three times.He scored four points in his season debut against Alabama State, but would go scoreless for the remainder of the season.

Despite falling out of the rotation, Miller made an impact off the court and was named to the 2020 SEC Men’s Basketball Community Service Team.