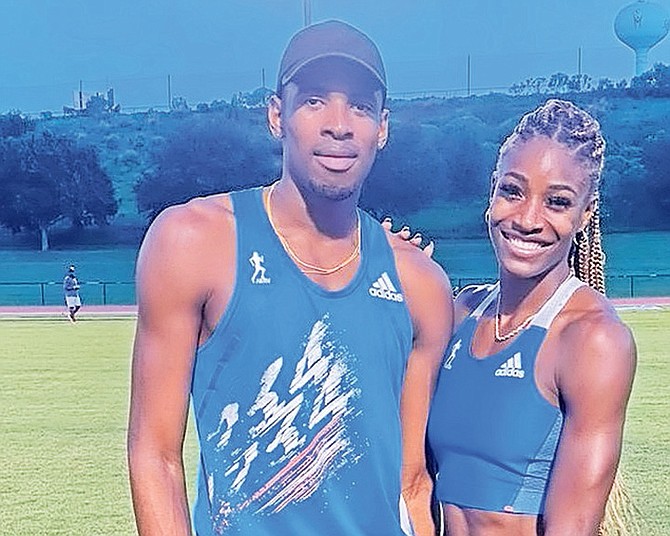 Unlike the two years, no Bahamian athletes made the list of nominees for the World Athletics’ 2020 Male or Female Athlete of the Year.

World Athletics, the governing body for the sports worldwide, released the names of the nominees in the two categories as the voting procedures got underway on Monday for the gala awards ceremony that will take a virtual form this year on December 4.

Miller-Uibo, the reigning Olympic champion, ended up fourth on the list for the straight away race as Thompson-Herah stormed to the world’s best with 10.85 at the Rome Diamond League, just ahead of compatriot Shelly-Ann Fraser-Pryce, who did 10.86 in Jamaica. American Sha’Carri Richardson had the third best time of 10.95 in Florida.

In the half-lap race, Miller-Uibo finished on top of the list that saw Robinson emerge as the runner-up in 22.00 in Florida and Thompson-Herah was third in 22.19 in Jamaica.

The one-lap race saw American Lynna Irby surge to the top of the chart with 50.50 at the Monaco Diamond League, leaving Miller-Uibo occupying the second spot with Lieke Klaver of the Netherlands taking the third spot at the Rome Diamond League in 50.98.

He even dropped to the century where he turned in a credible 10.39.

Gardiner’s time in the half-lap race was surpassed only by Lyles with the world leading 19.76 at the Monaco Diamond League, followed by Kenny Bednarek with 19.80 in Florida.

While they both competed in a series of meets in Florida this year because of the coronavirus pandemic, Gardiner and Miller-Uibo may have hurt their chances of getting into any meets in Europe.

Miller-Uibo, 26, was a finalist two years ago after she won the 2016 Commonwealth Games and Diamond League titles. She was eventually beaten out by Colombia’s triple/long jump sensation Caterine Ibarguen.

Gardiner, 25, was highlighted last year as a result of his triumph as the world champion in the men’s 400m in the 2019 World Championships in Doha, Qatar.

But Kenya’s distance runner Eliud Kipchoge repeated as the winner for the second straight year.

Voting for the World Athletes of the Year will close at midnight on Sunday, November 15.

The male and female World Athletes of the Year will be announced live at the World Athletics Awards 2020 on Saturday, December 5.

Since the inception of the World Athlete of the Year award in 1988 as a prize to the male and female for their outstanding performances each year, no Bahamian male or female has achieved the feat.

But in 2012, Anthonique Strachan collected the Rising Star Award after she clinched the IAAF World Junior Championship titles in the 100 and 200m in Barcelona, Spain.

The feat came on the heels of her dominance of the CARIFTA Games in Hamilton, Bermuda where she retained the Austin Sealy Award as the most outstanding athlete from the 2011 games in Jamaica.

Strachan, 27, is now training with Thompson-Herah and Fraser-Pryce in the Maximising Velocity and Power Track and Field Club (MVP).