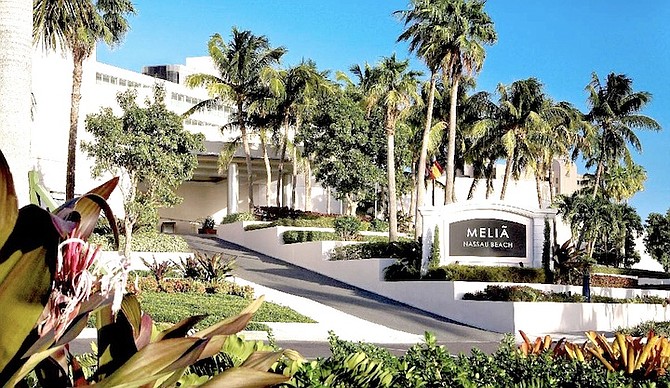 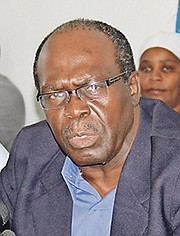 Obie Ferguson, the Trades Union Congress (TUC) president, told Tribune Business he and the labour movement “will do whatever it takes” to safeguard the rights of union members formerly employed with both the Melia Nassau Beach and Grand Lucayan resorts.

He asserted that the Melia, which yesterday was supposed to pay full severance and other benefits to its final 300 staff, had miscalculated the sums involved by not including wages, pension and health insurance contributions dating back over the past year to March 2020 when the resort closed - and staff were furloughed - due to COVID-19.

Mr Ferguson added that the Melia had also failed to follow the 2017 reforms to the Employment Act, which require employers to inform and meet with union representatives in advance of any terminations so the two sides can determine which workers will be affected and if this can be “mitigated” by reducing the numbers involved or finding alternative posts within the company.

Alleging that this was not done, the TUC chief and labour attorney promised that he will file an action against the Melia in the Supreme Court “within a week” on behalf of the Bahamas Hotel Managerial Association’s (BHMA) 100 middle managers who previously worked at the Melia.

As for the Grand Lucayan, Mr Ferguson alleged that it was contravening the Employment Act’s section 27, which mandates that an employer give “priority” to re-hiring staff previously made redundant if they decide to re-open within a year of closing.

With the Grand Bahama-based resort openly advertising a variety of positions where it is seeking recruits ahead of its March 25 re-opening, and no assurance these will go to former workers terminated last year, Mr Ferguson said he will today consult BHMA members on that island as to whether they, too, should proceed to court.

However, Michael Scott QC, chairman of Lucayan Renewal Holdings, the government special purpose vehicle (SPV) that owns the Grand Bahama-based resort, last night fired back at Mr Ferguson by blasting: “He doesn’t have a leg to stand on.”

He added that the courts had previously ruled the BHMA no longer has a registered, binding industrial agreement with the Grand Lucayan, and both himself and the Board were determined to recruit the best 60 persons for the job regardless of whether they were unionised.

As for the Melia Nassau Beach, a spokesperson for Chow Tai Fook Enterprises (Bahamas), the Hong Kong-based conglomerate that owns the resort as well as Baha Mar, declined to respond to Mr Ferguson. However, sources close to the property said they had heard “absolutely nothing” when it came to complaints about yesterday’s severance and related benefit payments.

The TUC chief, though, voiced suspicions that the decision to close the Melia for two years to facilitate a $100m renovation, and terminate all its staff, had so-called ‘union busting’ as one of its objectives as this would leave all CTFE’s properties free of organised labour.

Turning to more immediate matters, he added: “I am filing an action in the courts for failure to pay proper redundancy to the workers. The payments are not correct. They have failed to pay wages from March 2020 to March 2021, they cancelled the pension contributions and health insurance, and failed to follow the provisions laid down in the Employment Act.

“We say they have been unfairly terminated because they terminated them in a manner inconsistent with the Employment Act.” Mr Ferguson said the trade unions were informed of Melia’s plans at the same time as the media and wider public, rather than well in advance as is required by Bahamian law.

“I would say that within a week’s time we should be prepared to file an action in the courts,” he told this newspaper. “You’re are talking about almost 100 workers. It’s extremely sad. If those in power are not prepared to do what is required to help the workers, the trade union movement will do its best to represent them.”

As for the Grand Lucayan, Mr Ferguson said he was very “concerned” that - as a government-owned hotel - it was allegedly not following the “first preference” on re-hiring that the Employment Act purports to give workers who were terminated within the past 12 months.

“I understand the chairman (Mr Scott) has made an announcement that those persons employed previously will not be contracted,” he added. “We say that’s a fundamental error and the Government of The Bahamas ought to intervene and have that corrected.

“The people of Grand Bahama will be very upset that they were given assurances by statute that they will be given first preference, and that’s not being adhered to. If we have to go to the courts to get some clarification, and enforce the provisions of the amended Act, we’ll do that.”

Promising to consult his Grand Bahama-based BHMA members today, he added: “How do you tell the people entitled to a statutory benefit they are no longer entitled to it? We have a serious difficulty with that, and we’ll do what we have to do to protect the interests of the workers.”

Mr Scott, though, immediately hit back immediately by asserting that the Grand Lucayan has no obligation to re-hire the workforce that was terminated and laid-off last summer in the absence of a registered, binding industrial agreement.

“If we’re going to hire 50-60 people, we should hire the most competent and qualified. If they’re in his union, fine, and if not, that’s fine, too. That’s my criteria,” he told this newspaper. “We are re-opening the hotel, and hopefully the [ITM/Royal Caribbean] deal will still go through.

“We are re-opening the hotel after a year of closure, and we are marketing to the rest of The Bahamas to come and spend a week in Freeport, marketing to legacy guests, and want to put our best foot forward. That means hiring the best and most competent people....

“That is not my mantra, that is not my modus operandi. We’re going to select the best that are available. That is the only yardstick and intent that I and the Board are following, and which will guide our hiring policy.”

This publication needs to find new sources for "news". Who cares what the unions say? We already know their position. Nothing interesting to write about I guess so let's interview the same people over and over again.

So true. And sadly interviewing the people who are parasites, never having sought to put in tier own money to run a hotel, but just take and then complain.

Obie's and the union's heights of stupidity never cease to amaze me. Don't just bite the hand that feeds you, instead get out the meat cleaver and chop a few fingers off. But then again, he has to justify his union salary and lavish expense account by grandstanding to his members.

The problem with the Melia is that it is an old hotel that never made any money.

The problem is the Bahamas continuing to be a service oriented country.

While Unions may have had a beneficial effect 150 years ago in the US and the Bahamas, with respect of working conditions and pay scales, they have long since become a blight on the general welfare of Members and the general public at large. Zero accountability, transparency. Zero value for dues.

I thought the hotel staff were clamouring for severance. Or was that only Atlantis